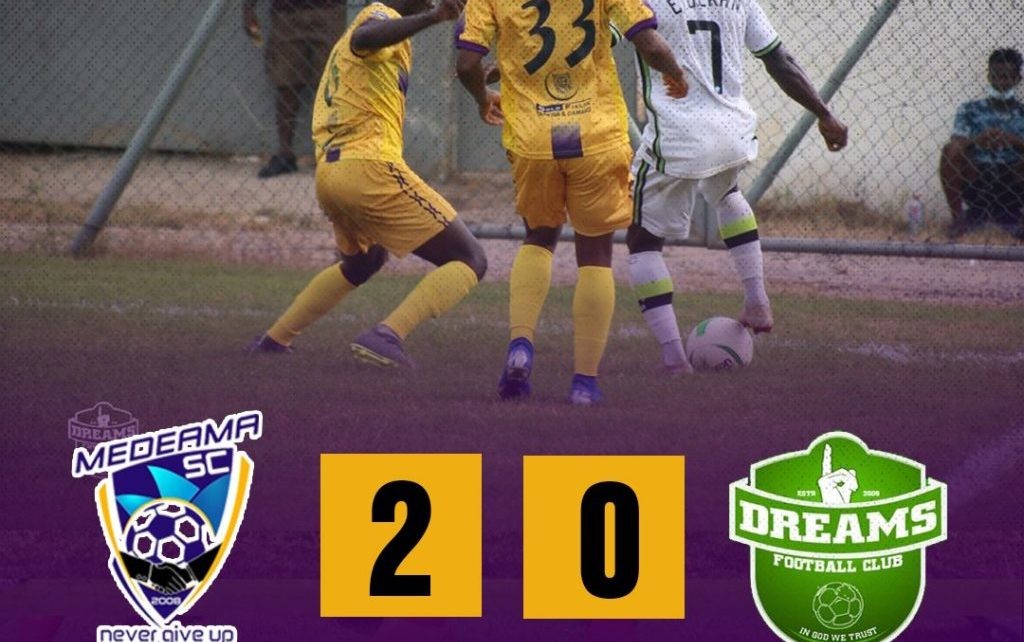 Amed Toure bagged brace and got sent off for Medeama in their 2-0 win over Dreams FC on Sunday.

The Burkinaba Faso international scored a goal in each half to propel the Mauve and Yellows to a deserved win at the Akoon Park.

The game was reduced to 10-men each after following a first half sending off of Mohammed Sulemana.

The centre-back was shown the marching off orders after he brought down speedster Zakaria Mumuni.

Toure opened the scoring in the 15th minute by connecting simply from Justice Blay’s cross.

The home side took control in the early stages but Emmanuel Ocran, Abdulai Ibrahim and Victor Oduro made it difficult for Medeama.

Dreams will feel they should have ended the game with at least a goal after putting up an impressive display at the Akoon Park.

Medeama struggled to command the midfield as largely expected after being curtailed by the visitors.

Zakaria Mumuni squeezed a free kick with a beauty, leaving the Dreams FC defence in tatters to allow Toure to tap home for the insurance goal.

Medeama move into the top four on the table with 30 points.