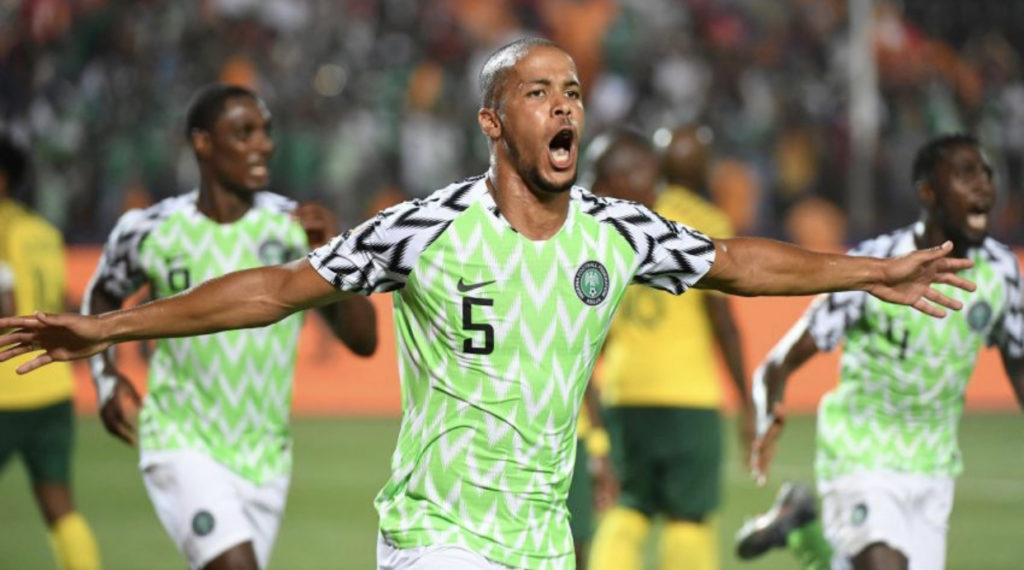 William Troost-Ekong scored an 89th winner after a goalkeeper howler to seal Nigeria’s place in the Africa Cup of Nations semi-finals with a 2-1 win over South Africa.

The Super Eagles, who named skipper John Obi Mikel on the bench following a knee injury, were the better side throughout using the pace of Ahmed Musa and Samuel Chukwueze to good effect.

They had most of their joy down the left flank and it was Arsenal’s Alex Iwobi who provided a cross from the wing for Chukwueze to score from close range for his first international goal.

Bafana Bafana did not create a chance of note in the opening 45 minutes and they only marginally improved the second half.

Oghenekaro Etebo’s free-kick was brilliantly tipped onto the bar by the keeper while Iwobi fired over the bar.

Stuart Baxter’s side equalised in the closing stages through Bongani’s Zungu’s header from a free-kick.

The goal was initially flagged off-side but VAR – introduced for the quarter-finals onwards - deemed he was not offside as the flick-on came from Nigeria’s Odion Ighalo.

The Nigerians continued to have the better of the play and snatched the winner in the 89th minute when keeper Ronwen Williams was all at sea from a corner and Udinese defender Ekong put the ball into an empty net.

The result means the Super Leagues set up a last four clash with either Algeria or Ivory Coast, who play on Thursday.