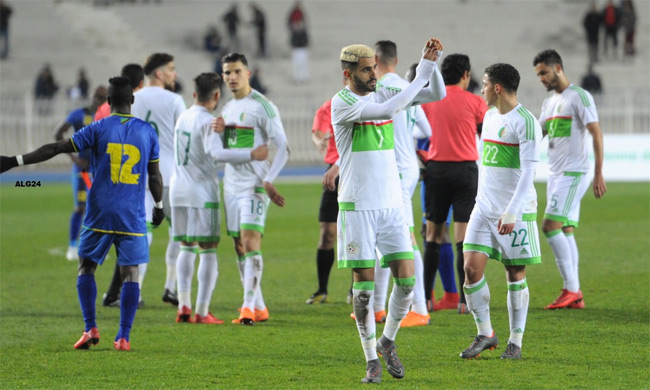 Riyad Mahrez scored the pick of the goals as Algeria cruised past Guinea 3-0 to reach the Africa Cup of Nations quarter-finals.

The teams were playing for the chance to meet Madagascar in last eight, and Algeria were almost immediately on the back foot after Rais Mbolhi invited trouble as he dithered over a clearance. Minutes later, Kante may have had a penalty after being caught by Benamri.

However, it was Algeria who grew into the match and ultimately took the lead when Youcef Belaili played a neat one-two with Baghdad Bounedjah before curling into the far post.

In the second half, Riyad Mahrez doubled his side’s lead with an excellent piece of control before a ruthless finish.

Guinea’s confidence, already low after their initial bright start, fell to bits and for a while Algeria looked set to instigate a rout on their opponents.

Adam Ounas duly added a third for the game, and the third of his tournament.

That allowed Algeria to play out an easy ending to the game, and they will consider themselves heavy favourites in the quarter-final, and perhaps the whole tournament.