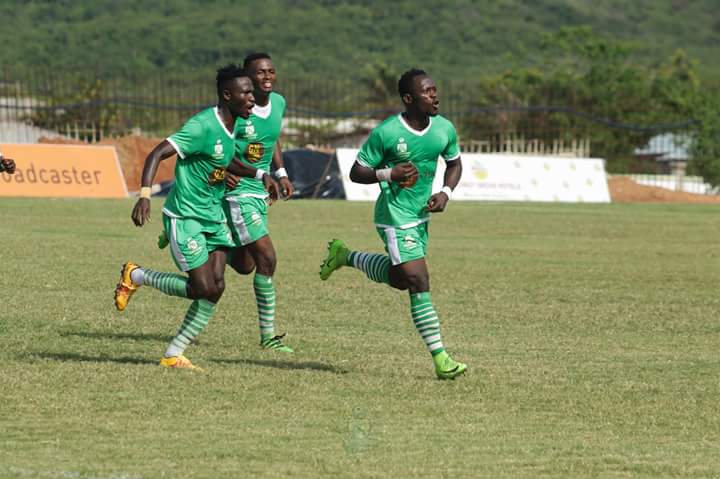 On-loan Kumasi Asante Kotoko forward Yakubu Mohammed continued with his blistering form for Elmina Sharks as he scored his third goal for the club in their 1-1 draw against Liberty Professionals in match day 15 of the Zylofon Cash Premier League.

Liberty Professionals scored through Captain Taminu Muntari in the 17th minute after a brilliant display from the scientific soccer lads following an early dominance from the away side.

The Dansoman boys traveled to Elmina after a disappointing draw with Kumasi Asante Kotoko in midweek despite playing very well. Coach Reginald Asante Boateng's boys produced another impressive display but their performance lacked the final ingredient for victory.

Meanwhile, Elmina Sharks did good business in the transfer window bringing in experienced forward Yakubu Mohammed form Kotoko. Having scored in the previous game for the club, he was high in confidence.

Defender of Liberty, Edwin Tuffuor fouled a Sharks player in the box and his former team mate Yakubu Mohammed elected himself to take the penalty. He then cooly slots in for the leveler.

The former Raja Casablanca forward has now scored three in two games for the Ndoum Boys.