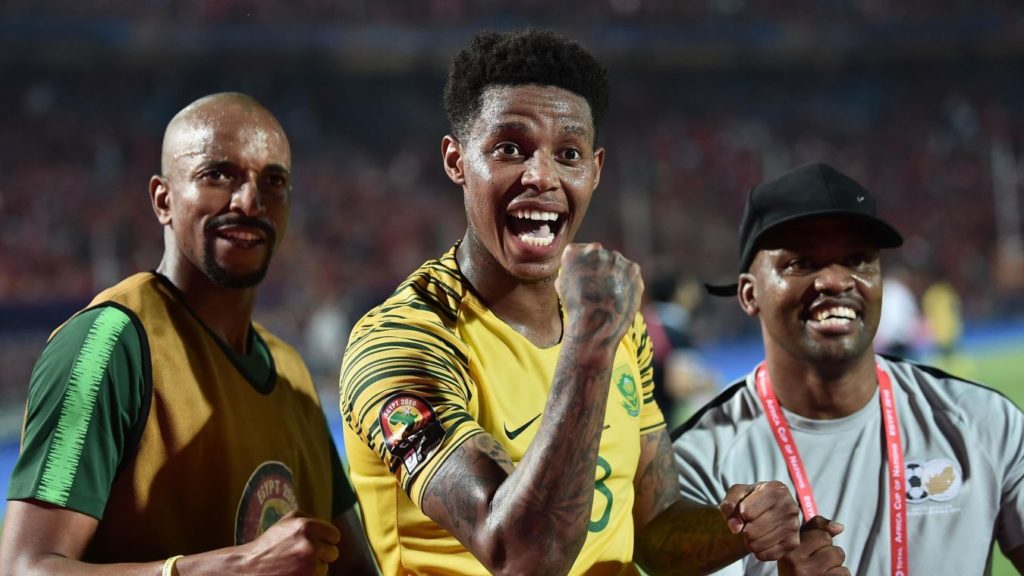 Cairo was stunned into silence as African Cup of Nations hosts Egypt were knocked out by South Africa in the last 16 on Saturday.

Thembinkosi Lorch’s late strike proved the difference in the end, but Stuart Baxter’s side were great value throughout. Mohamed Salah and Co. were shown up badly on the banks of the Nile, as they appeared to underestimate their opponents.

Egypt started well and had the best chance of the first half when Salah saw a shot deflected wide after just four minutes.

Bafana Bafana had scored just one goal and won one game in the group stages, but you wouldn’t have known it.

They bravely pushed forward whenever they could, with both Lorch and Percy Tau testing Mohamed El-Shenawy in the Pharos goal and threatening generally; the latter’s free kick from distance was his side’s best moment before the break.

It wasn’t Mahmoud Hassan’s night, and the winger, commonly known as Trezeguet, missed a golden opportunity as the hour mark approached.

Salah slipped him through expertly, but he could only find Ronwen Williams’ arms.

South Africa didn’t bow down, and they eventually punished Egypt’s lethargy through Lorch. He kept his cool to slot past El-Shenawy with five minutes remaining, to set up a quarter final with Nigeria.