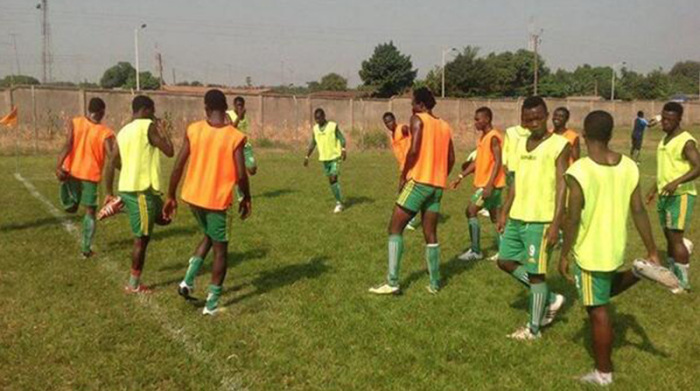 Techiman City FC marked their debut appearance in the Ghanaian top-flight with a narrow 1-0 win over regional rivals Berekum Chelsea at Nana Ameyaw Park in Techiman.

Powerful attacker Issaka Ibrahim left it late to score the only goal of the game to send the home fans into wild jubilation.

There was no obvious mental impact on the City players despite weeks of confusion over their promotion to the top-flight.

Profligacy told on the City players as they failed to convert any of the seven chances created in the opening 45 minutes.

Berekum Chelsea were forced to make an early substitution when exciting winger Ashiwome Fumador collapsed on the turf and had to be rushed to hospital. His place was taken by Stephen Owusu.

Chelsea, who lost about five first team squad members to rival Premier League clubs and Tanda FC in the Ivory Coast, had former Atletico Madrid B attacker Saddick Adams in their squad for the game.

The powerful Issaka Ibrahim who had trials at Hearts of Oak before heading to the Brong Ahafo Region provided bite in attack while they were solidify in defence in by the presence of the agile Razak Iddrissu.