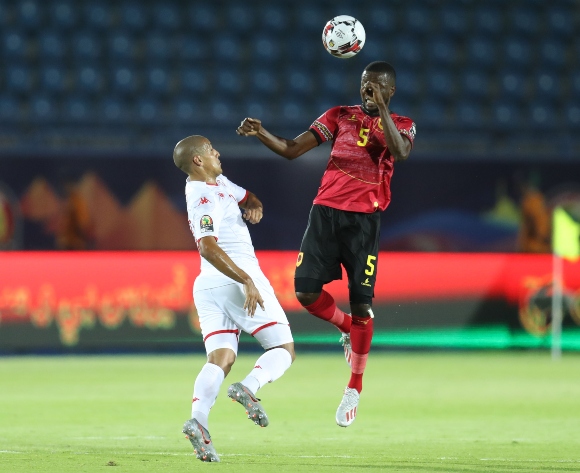 Tunisia were held 1-1 by Angola in the opening Group E match at the 2019 Africa Cup of Nations on Monday night.

The Carthage Eagles claimed the lead at the Suez Stadium through Youssef Msakni, but the Palancas Negras fought back in the second half and Djalma Campos capitalised on a goalkeeping error to secure a share of the spoils.

Tunisia looked the stronger side from the opening minutes and created a couple of half-chances for the likes of Naim Sliti and Wahbi Khazri, but they were unable to test Angola goalkeeper Toni Cabaca.

The Palancas Negras grew in confidence and began to threaten through the likes of Mateus Galiano and Fredy, who each struck speculative efforts wide of the Tunisian goal-posts.

However, Tunisia sliced open Angola’s defence just after the half-hour mark and their move resulted in a penalty, with Sliti tripped up in the box by Manuel Paizo. Youssef Msakni struck home the spot kick on 34 minutes to put the North Africans in the lead.

Angola were 1-0 down at the break and coach Srdjan Vasiljevic responded with a double change at the start of the second half: Stelvio Cruz and Wilson Eduardo made way for Geradlo da Costa and Jacinto Gelson.

The southern Africans initially struggled to make any headway against the resilient Tunisians, but on 73 minutes they were gifted an equaliser.

A relatively tame, low shot from Mateus should have been easily saved and smothered by Farouk Ben Mustapha, but the goalkeeper only parried it into the path of Djalma Campos, who tapped home from close range to make it 1-1.

The Carthage Eagles looked for a late winner in the late stages, though efforts from Msakni and Khazri were unable to get the better of Toni. In the end the teams settled for a 1-1 draw.

Tunisia’s next Group E match will be against Mali on Friday, while Angola will take on Mauritania the following day.