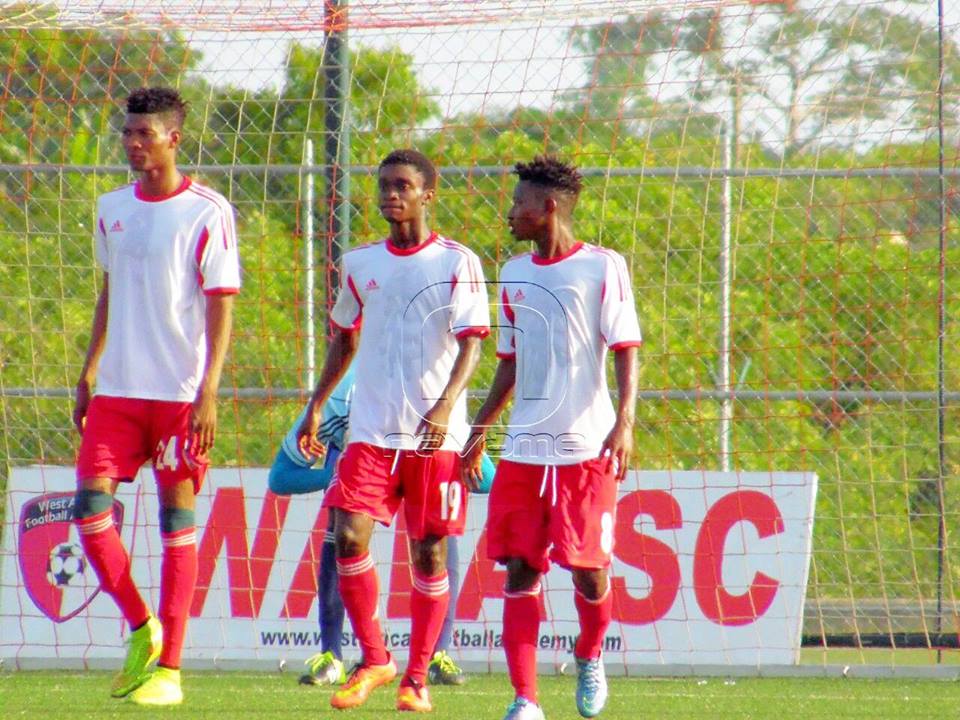 West African Football Academy ended their winless against Hearts of Oak in grand style by smashing the Phobians into bits at the WAFA Arena in Sogakope in the Ghana Premier League on Saturday.

In a stocky opening 45 minutes the Academy Boys smashed the Phobians into smithereens.

The massive loss has put Hearts's title ambitions under a threat and lose their unbeaten away record.

While WAFA went rampaging on the afternoon, the exciting Ghana youth starlet Majeed Ashimero whiffed his injury return with a slaloming piledriver that brought out a world-class save from Soulama Abdoulaye.

In a theatrical tweet, WAFA's official handle seems to remind themselves of the dangers posed by the Phobians after tweeting about Hearts's miraculous comeback against Inter Allies on 'astro turf a couple of months back'.

The recent departures of Gideon Mensah and Kennedy Boateng had little impact on the Academy boys.

But it was Hearts of Oak who declared their intentions early in the game. The Phobians threatened the area of the hosts in the opening two minutes.

But WAFA took the lead against the run of play in the 3rd minute. Komla Agbegniadan controlled inside the box and resisted a challenge inside the box to plant a firm right-footed drive to the far left with Soulama Abdoulaye completely beaten.

It was still early days yet as Ibrahim Musah continued to press the host defence. At the other side Hearts captain Robin Gnagne was enjoying a comfortable ride back to the town where he used to play as an academy boy.

Meanwhile there was more trouble coming for Hearts. Martin Antwi tailored a cross which beat Gnagne in an area tussle and Charles Boateng arrived at the right place to fire in between the legs of Soulama. Boateng's strike becomes his 6th strike and by that virtue becomes WAFA's leading scorer.

Hearts should have reduced the deficit in the 12th minute. WAFA goalie Abalora spilled Owusu Bempah's powerful free-kick but Patrick Razak amazingly tucked the ball over the bar with the net yawning open.

And so, WAFA were bent on tearing Hearts into shreds. And, Charles Boateng was deeply involved again. Boateng - the sculptor, carved out Gnagne from the scheme of things. In the final severing play-out, he unleashed Agbegniadan and the Togolese was as usual lethal. He forced a drive which came of Soulama before skating into the net.

Charles Boateng was hurled down in the area and appealed for a penalty but referee Reginald Lathbridge awarded a free-kick instead. Emmanuel Boateng saw his effort blocked twice.

Cosmos Dauda was introduced to replace midfielder Leonard Tawiah but failed to make impact. The Nigerian came close on 54 minutes after hassling his way through two defenders but his kick let him down.

In one gorgeous defense-splitting play, Martin Antwi set up Charles Boateng with a beautiful ding and the forward applied a powerful header. Abdoulaye Soulama's response attracted applauds from the stands as his feline save deflected the ball for corner.

With more than a quarter of an hour left, WAFA comforted themselves and reduced the game to a mere training session.