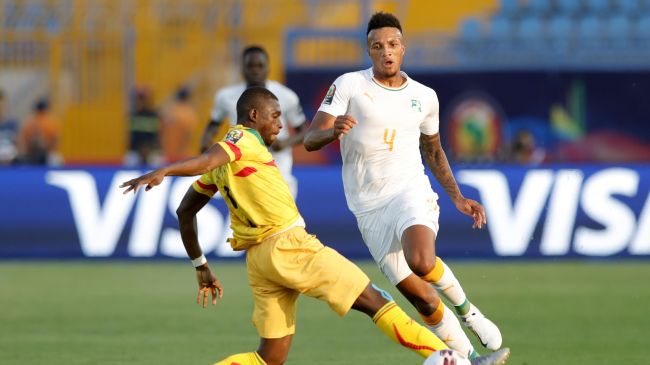 Wilfried Zaha struck late on as Ivory Coast beat Mali 1-0 to set up an Africa Cup of Nations quarter-final with Algeria.

The first half was a poor affair in which few chances were created. Sylvain Gbohouo started his match by dropping a cross but made a couple of decent saves to deny Abdoulay Diaby and Moussa Marega from set pieces.

The best chance of the half fell to Marega, who sent a shot from close range wide after being set up brilliantly by Moussa Djenepo.

At the other end, Ivory Coast's front line were forced to feed on scraps as their side's main game plan was to hoof it forward.

The first big chance of the second half also fell Mali's way. Marega dissected the Ivorian defence and found Djenepo, who hesitated and then scuffed his shot when he should have at least tested Gbohouo.

Kodjia similarly did not take advantage of a golden opportunity for Ivory Coast. The long ball finally paid off as the Aston Villa striker found himself one-on-one but he sent his effort wide.

The goal came from a similar source as Zaha latched on to a long free kick from Gbohouo. The goalkeeper rushed off his line but the Crystal Palace forward slotted it under him to break the deadlock.

That solitary strike proved enough. In a low-quality match, the most talented player on the pitch settled the game with a fine finish.