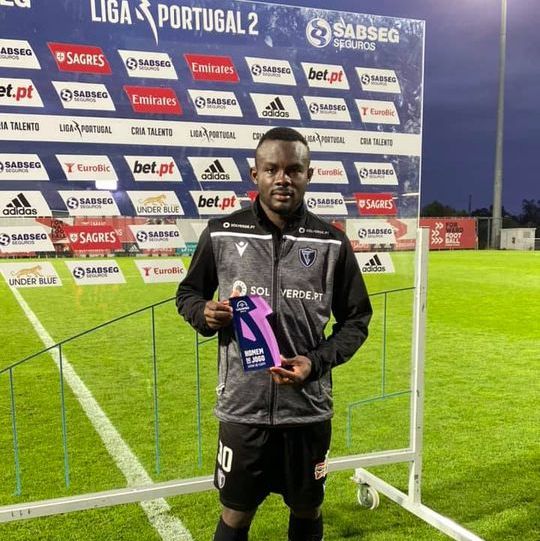 Paul Ayongo was officially chosen as the best player after his solitary goal earned victory for Academico Viseu in the Portuguese Segunda Liga on Saturday.

The 23-year-old striker found the back of the net in the 26th minute and that sealed the points at the Caixa Futebol Campus against Benfica  B.

Ayongo was making his first start and his second appearance in total for the side he joined in the summer.

Last week, he came off the bench and played 44 minutes as Academico Viseu suffered a 2-0 home defeat to Cova Piedade.

Ayongo is playing for his second club in the Portuguese tier since winning the league with Paços de Ferreira where played a bit part role with four goals in ten matches.