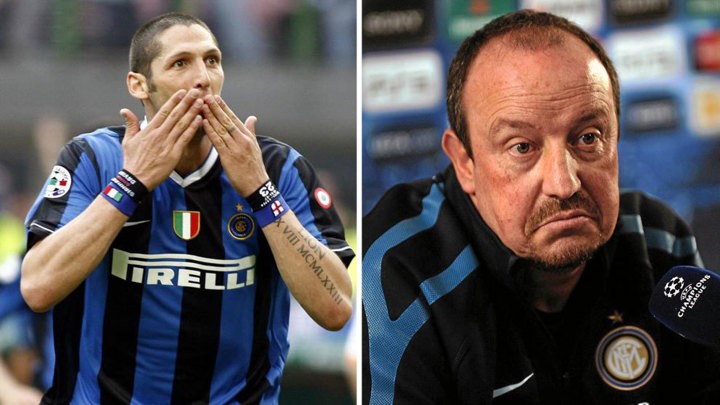 Marco Materazzi has hit out at former coach Rafa Benitez over his man management approach.

The Italian and the Spaniard coincided at Inter, when the latter took over from Jose Mourinho who had just guided them to Champions League glory in 2010.

"At Inter, it's not that [Benitez's reign] started badly and ended worse, it's that it didn't even end," Materazzi told Damiano Er Faina on Instagram.

"He destroyed everything that Mou [Jose Mourinho] had constructed.

"I think that a coach is good when he creates empathy with his players.

"When he arrived, he sought to put those who could theoretically be called dressing room leaders to the side, and ended up having problems with them. The problem was his," Materazzi said.

The former Everton defender went onto praise Mourinho and gave examples of Benitez's inability to handle big characters throughout his career.

"We all had a great relationship with Mourinho," he said.

"He did something really important. If someone tries to erase the past in order to move forward in some way, I respect him, but if I see that [Benitez] was only trying to erase what Jose did, it bothers me.

"A man who wins a Champions League with Liverpool against Milan will surely have knowledge but, at Inter, [Benitez] had problems with me, at Napoli with [Paolo] Cannavaro, at Chelsea with [John] Terry and at Real Madrid maybe with Cristiano [Ronaldo] or with someone else.

"Is it always the fault of others? Anyway, I always thanked him because I tried to take advantage of those mistakes and learn from them," he concluded.