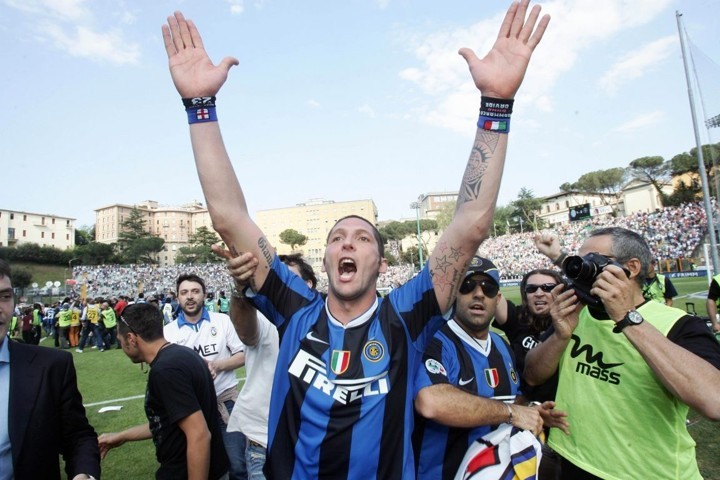 “It is nice to remember the moments lived with your teammates. When one plays and wins you don’t look behind, instead when the years go by you notice what you have done,” he began the interview.

“It was a very difficult task to achieve but when you grow up you give it more weight because you realise that it is something special.”

Next he discussed Jose Mourinho, who led Inter to the historic achievement.“One of Mou’s best skills was to make everyone feel included. Mourinho knows everything about everyone and always says the right things. He was brilliant at that. He was the manager who influenced me most in my own managerial career. I was lucky to have had him near the end of my career.”Materazzi proceeded to discuss former Inter teammate Ronaldo and some of the other big names who he played alongside.

“When I arrived at Inter the first time I was trembling to see certain players. Before my medical examination, I saw Ronaldo on the exercise bike. He had the nature of Messi and the physicality of Ronaldo. He did everything at two hundred miles per hour.“I was also lucky enough to play with Totti, Del Piero, Crespo, Eto’o, I can say I crowned a childhood dream.”

He then spoke on Mario Balotelli and what he thought of the current Brescia striker when he was coming through Inter’s ranks.“It is not true that he did not like to train. I have never saw the quality that Mario had at 16-years-old in anyone. He did not do normal things. He is the first to know that he did not express his potential because at 18-years-old he had won everything. He did not keep his initial promises.”

In conclusion, Materazzi was asked about the rumoured rivalry between himself and former Inter teammate Zlatan Ibrahimovic.“It is not true that there was rivalry. I will thank him forever, because if he had not gone to Barcelona, Eto’o would not have come.

He helped me win the Champions League.”The 2006 World Cup winner joined Inter in the Summer of 2001 from fellow Italian club Perugia and spent the next decade on the clubs books. In his time with the club, Materazzi made a total of 276 appearances across all competitions to date, in which he scored 21 goals and tallied three assists.