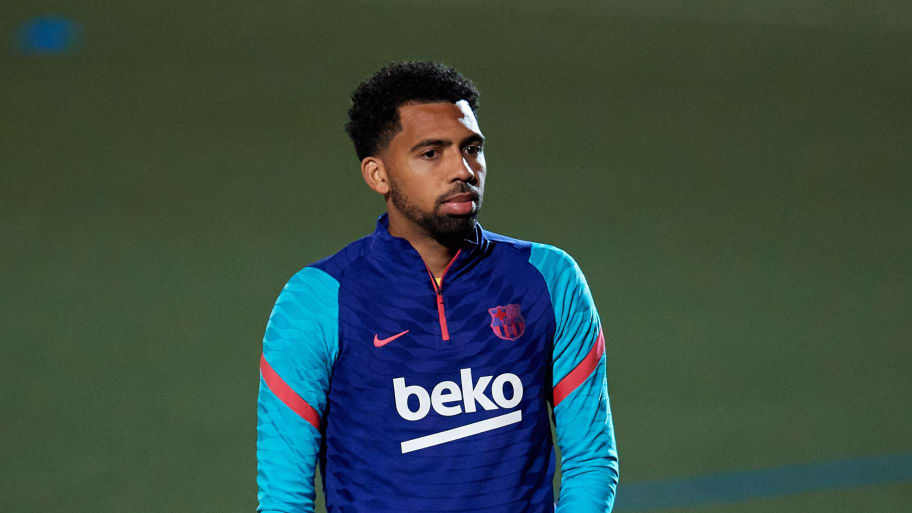 Brazilian midfielder Matheus Fernandes has claimed that Barcelona failed to treat him like a professional footballer, after terminating his contract last month.

Amid financial turmoil, Barcelona have got the unenviable task of making drastic cuts to their wage bill in order to be able to register new arrivals and finalise a new deal for Lionel Messi before the end of the transfer window - a situation which has led the club to seek a mass exodus of high earners and deadwood.

Falling under the latter category, Fernandes had his contract terminated following the conclusion of the 2020/21 season, although has been left feeling hurt by the club.

Fernandes became the only Barcelona signing in modern history not to have been officially presented after securing a move to the club in January 2020. The Brazilian midfielder, who was signed on a five-year deal from Palmeiras after a €7m fee, then suffered the indignity of having his contract rescinded via email without even a phone call to bid him farewell.

Speaking to Globoesporte (via AS), the 23-year said: "I was at home, I was going out with my wife and I received a message from the club asking if I had the same email address. I confirmed and then received it.

"I didn’t understand it, I sent it to my manager and lawyer. They said it was my dismissal. Time passed and my name came out in the press," he continued. "No conversation, nothing, they didn’t even call to say hello and goodbye."

Fernandes at Camp Nou in January 2020, touted as the long-term successor to Sergio Busquets in the anchor role. After immediately being sent on loan and concluding the 2019/20 season with Real Valladolid, Fernandes eventually joined the Blaugrana squad ahead of the 2020/21 campaign.

However, the midfielder failed to make single appearances in La Liga, and only featured for 17 minutes throughout the season, coming off the bench in a Champions League match against Dynamo Kiev.

Fernandes also revealed it had been a long-term dream to play for Barça, but has left feeling upset and mistreated by the club.

"I always had the dream as a child to play for Barcelona," the 23-year old said. "When I got there, they didn’t treat me as a footballer. I told the director that he didn’t treat me like a professional Barcelona player.

"I was a Barcelona player, and I wanted to be treated like one. The other signings had a presentation and I didn’t. I was upset. Looking at it from the outside I thought one thing but when I got there they treated me differently.”

Following his dismissal, Fernandes has returned to Brazil to re-join former club Palmeiras.

This article was originally published on 90min as Matheus Fernandes reveals Barcelona released him via email without warning.