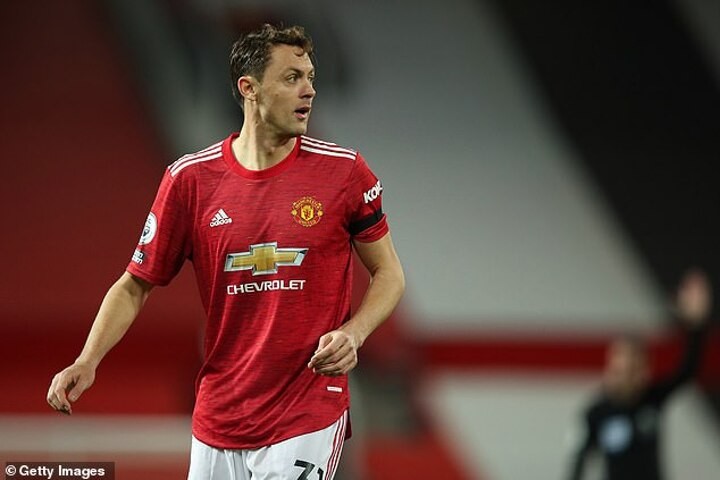 United achieved their first home win of the new Premier League season in a nerve-racking 1-0 win over West Bromwich Albion on Saturday, but Matic says 'one-nil is not enough'.

He claims United need to 'concentrate more in attack' and 'kill the game earlier' to pick up more 'points' and shutout opposing teams.

Bruno Fernandes' second-half retaken penalty proved to be the difference against Slaven Bilic's side, but West Brom continued to threaten United up to the final whistle.

Matic voiced his concern over United's inability to finish off West Brom - who are currently sitting in the relegation zone.

He told MUTV: 'When we score first we have to go on and kill the game as soon as possible, especially in the Premier League. We have to improve on that.

'Every team has quality, every team is dangerous. One-nil is not enough. They almost scored, they had one hit the crossbar. So they were always dangerous.

'We have to make sure that next time we have more concentration in attack and make sure we try to kill the game early.'

The result did, however, see United move into ninth position in the Premier League table.

It also gave Ole Gunnar Solskjaer his first win at Old Trafford in the 2020-2021 campaign after losing to Crystal Palace, Spurs and Arsenal on home soil and drawing to Chelsea.

Speaking of the importance of the game against West Brom, Matic said: 'We said before the game we had to win. We had to get the three points to go close to the teams at the top of the league.

'We are happy with the three points but not our performance. We have to do better.

'But wins are the most important, of course, because at the end of the season nobody will ask you how you played, if you were amazing. The most important is you collect points.

'Manchester United want to win titles and our aim is to be in first position and we will do everything for that. We can do that only as a team.'