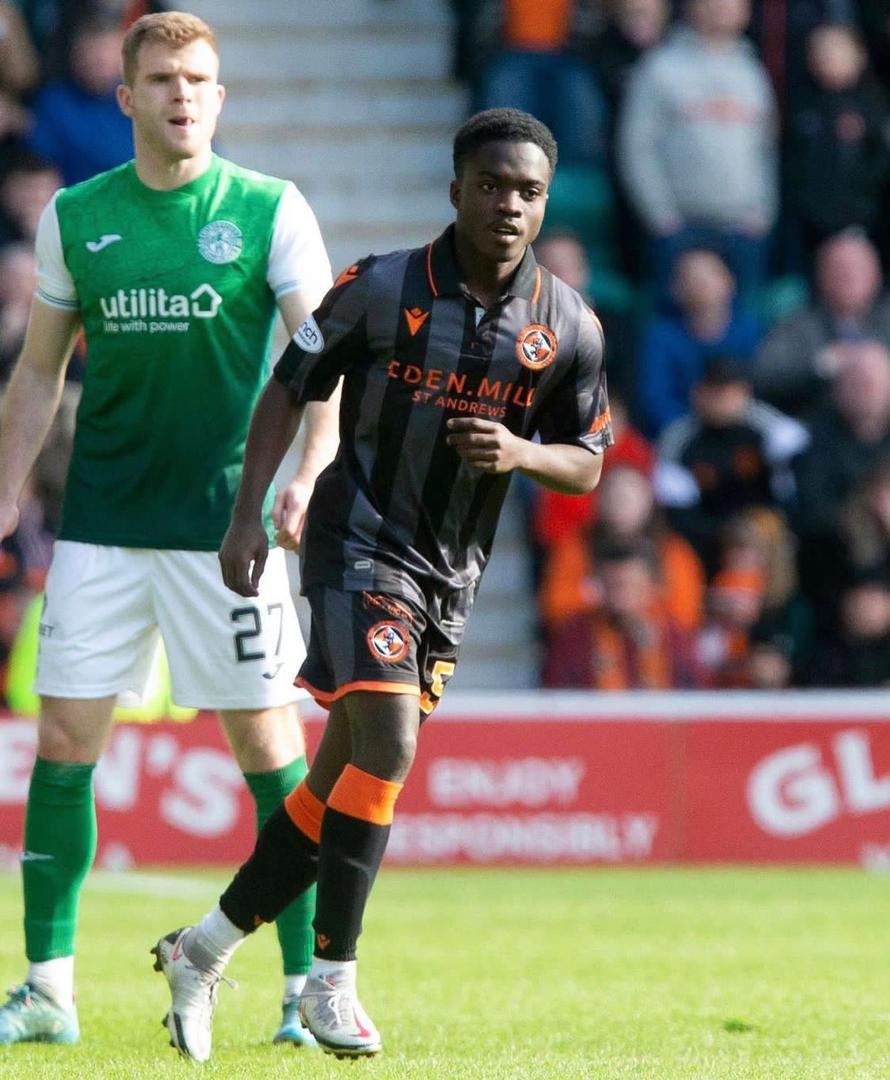 The 18-year-old was an unused substitute on Wednesday night when the Terrors tied 1-1 at home with runaway champions Celtic in the penultimate fixture.

Cudjoe had sparkling full debut on Sunday in the 2-0 defeat at Rangers and was replaced in the 56th minute.

The Ghana youth international signed a three-year-old deal with Dundee United during the January transfer window and has made just two-but talked about-appearances.

One point picked and results elsewhere went in their favour so United will be back in Europe for the first time since 2012/13 term.

They will start from the third qualifying round of the third-tier inter-clubs competition in Europe.

Dundee United's last match of the season is on Saturday, 14 May at Dingwall against Ross County as they push for a fourth place finish ahead of Motherwell who face champions-elect Celtic at Parkhead.