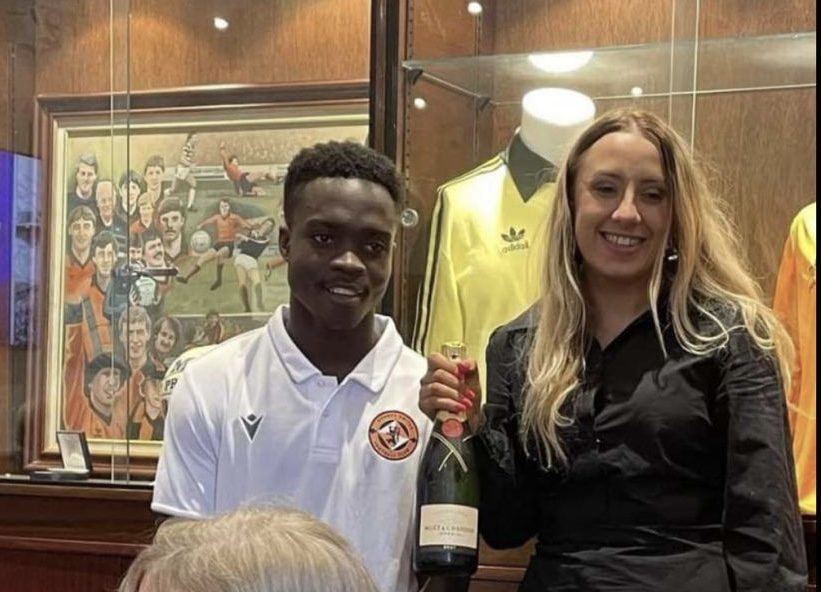 Matthew Cudjoe being presented with his Man of the Match champagne.

Second-half substitute Matthew Cudjoe was named the Dundee United’s Man of the Match in their 1-0 defeat to Livingston on Sunday in Scottish Premier League.

The Ghana youth international produced another talismanic performance despite coming on in the 52nd minute for Glenn Middleton.

Cudjoe completed the most dribbles in the match in the 38 minutes he lasted on the pitch.

He produced two shots and had 78% of his passes accurate as the Terrors tried to cancel out Cristian Montano’s goal in the 49th minute.

The former Asante Kotoko and Legon Cities FC player has now featured in all two league matches of the season.

Up next for Cudjoe and his Dundee United teammates is a trip to face AZ on Thursday in the second leg of their third-round qualifier.