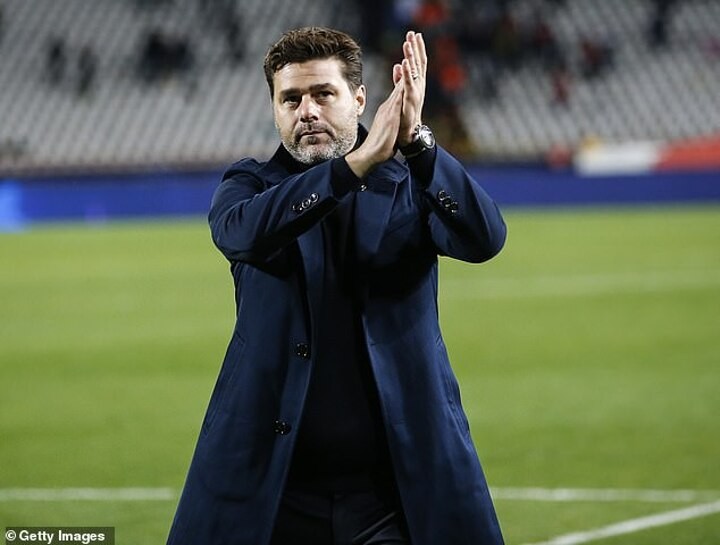 Mauricio Pochettino has become the leading candidate to replace Zinedine Zidane as Real Madrid boss, according to reports in Spain.

The pressure continues to mount on Zidane after he saw his team fall to another disappointing defeat in the Champions League by Shakhtar Donetsk on Tuesday, leaving their chances of qualifying for the knockout stages hanging by a thread.

According to Marca, Real will look to Pochettino if they decide to part ways with Zidane, who defiantly insisted that he would not quit despite their poor run of form.

No contact has been made with Pochettino as of yet, but Real know that reaching an agreement with the former Tottenham manager would not be an issue, given that the Argentine has never hidden his desire to manage the club one day.

The report also claims that the club's legendary striker Raul is also in the running for the job but is seen as one for the future as he continues to cut his teeth with the club's Castilla side.

Zidane came out swinging following the club's 2-0 defeat by Shakhtar on Tuesday night, before telling reporters that he will not step aside in this 'difficult' moment.

'I feel strong and I am going to keep giving everything as always,' Zidane said after the defeat.

'I am not going to resign. This is a difficult moment but we have to show our pride and our character.'

The defeat in Ukraine leaves Real third in Group B and still face the prospect of being dumped out of the competition should results not fall their way.

Madrid were helped by Inter Milan's victory over Borussia Monchengladbach later on Tuesday which leaves them still with their fate in their own hands.

If they beat the Germans at home next week, one point above them on top of the group, they will qualify.

Madrid could still finish top if they win and Inter beat Shakhtar, but they could also finish bottom if they lose and Inter win.

Asked if he thought the team had serious problems, Zidane admitted: 'This is a combination of things. The other day [in the league defeat to Alaves] we did not deserve to win, but tonight we did.

'We prepared well for this game as if it was a final. Now we know that we have to win our final match.'

Real Madrid have just started a run of nine games in 33 days and in the league they have Sevilla and Atletico Madrid on the horizon.

The reigning LaLiga champions are currently fourth in the table and are seven points adrift of league leaders Real Sociedad.