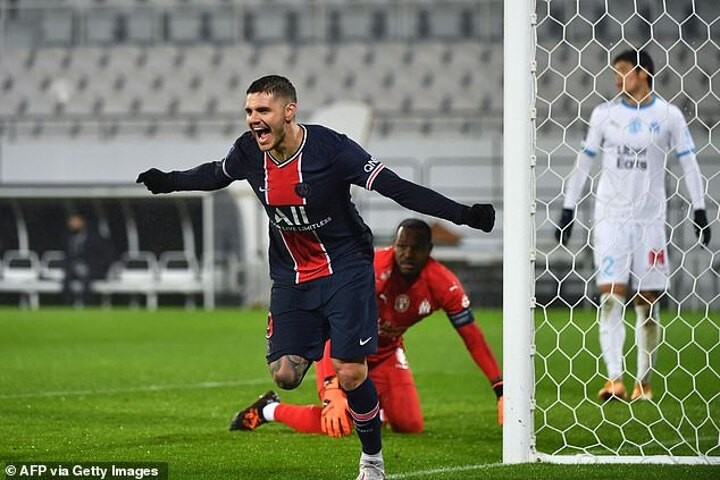 Mauricio Pochettino claimed his first ever piece of silverware less than two weeks after taking over at PSG - as his side beat Marseille 1-0 in the Trophee des Champions.

The French giants dictated the pace of the match from the first whistle with both Mauro Icardi and Kylian Mbappe finding the back of the net, only for each of their efforts to be disallowed for offside.

But it was Icardi who broke the deadlock late in the first half as he pounced on the rebound from his original effort to give Paris the lead.

Neymar, returning from a month-long absense, then made sure that the former Tottenham boss would get his hands on a trophy as he converted from the penalty spot late on. Dmitri Payet scored a late consolation for Marseille.