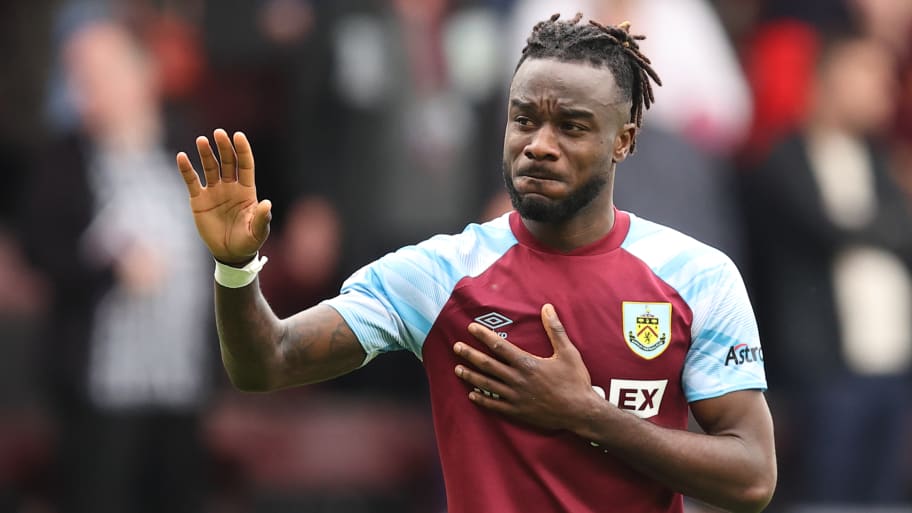 Burnley forward Maxwel Cornet is the subject of huge interest after the club's relegation to the Championship, 90min understands.

The 25-year-old netted nine times in the Premier League but was unable to prevent his side from dropping down to the second tier - Burnley's fate sealed on the final day of the season after a 2-1 defeat to Newcastle at Turf Moor.

Relegation has activated a £17.5m release clause written into the five-year contract Cornet signed when he joined the club last summer, and 90min understands that a host of clubs are interested in signing him.

Among those eyeing a move for the Frenchman are West Ham, whose manager David Moyes is keen to strengthen his squad after leading the club into European competition for a second successive season.

Indeed, the Hammers are closing in on their first signing of the summer after holding positive talks with Rennes over centre-back Nayef Aguerd earlier in the week.

Newcastle, Brighton, Everton, Wolves, Crystal Palace, Leicester and Fulham have also contacted Cornet's representatives to gauge his interest in a move, while Arsenal and Tottenham - who sealed a place in next season's Champions League on the final day of the season - think he could add quality cover at full-back or wing-back.

Before joining Burnley, Cornet spent six full seasons at Lyon, and famously scored in the surprise 3-1 win over Manchester City in the quarter-finals of the 2019/20 Champions League.

This article was originally published on 90min as Maxwel Cornet attracting significant interest after Burnley relegation.