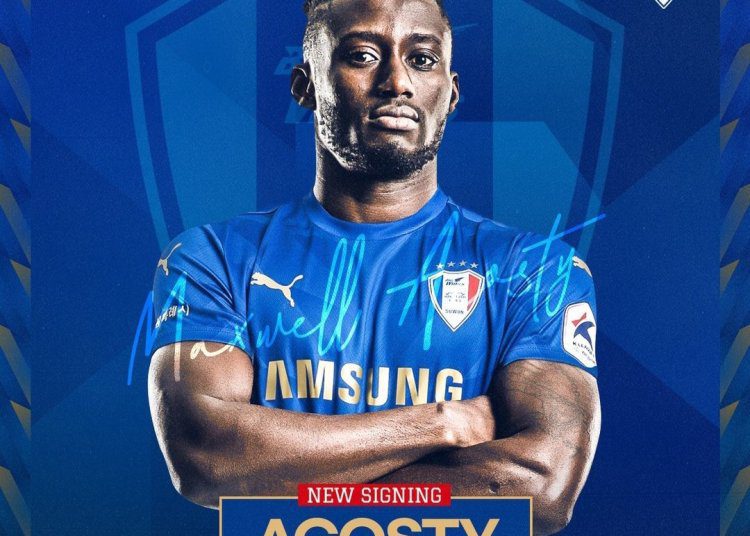 The 31-year-old has moved up the ladder after joining the top-tier side from K-2 side  FC Anyang.

The former Fiorentina and Chievo Verona forward spent two seasons in the K-2 League, where he bagged 20 goals and provided 13 assists in a combined 70 appearances.

The Ghanaian provided the firepower for Anyang FC as they escaped relegation last season.

The former Ghana Under-20 forward has been snapped up to improve the attacking proficiency of Suwon Bluewings.

Acosty Boadu spent most his active career in Italy where he featured for a number of clubs including Fiorentina, Chievo Verona, Latina and Reggiana.

He made the switch to Croatia where he featured for Rijeka in 2018 before making the journey to Asia to sign for South Korea second-tier side Anyang FC  in 2020.