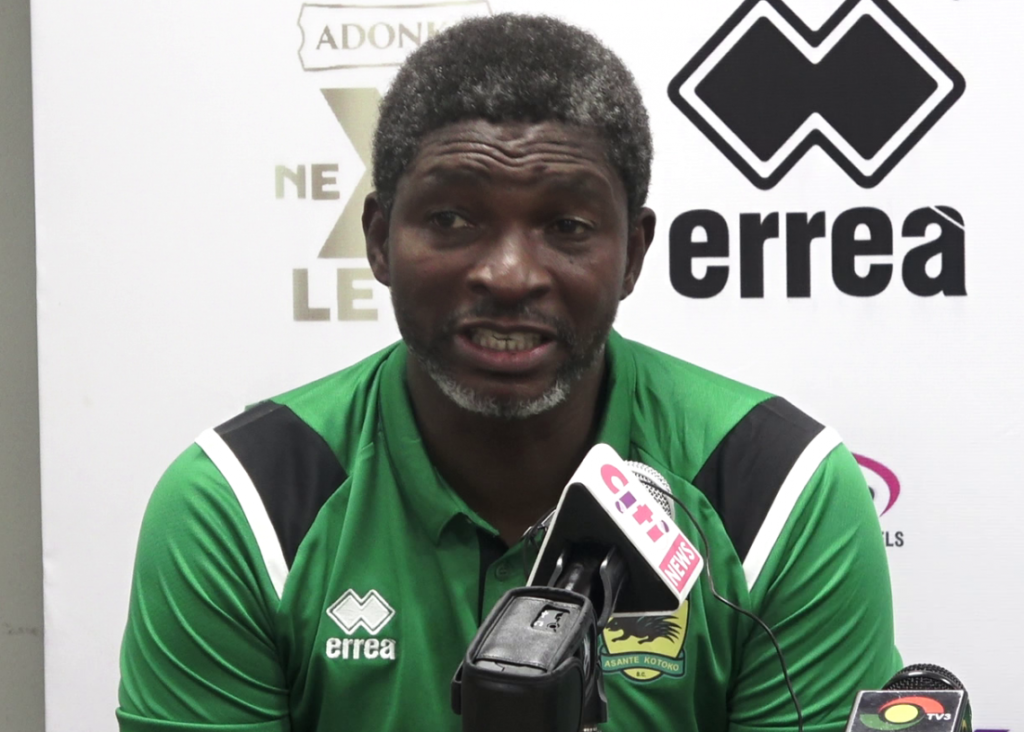 Former Asante Kotoko coach Maxwell Konadu has said that he will not return the official vehicle given him by the club until all his entitlements have been paid.

Asante Kotoko  sent a demand notice to the coach indicating the club has incurred a daily cost of $300 constituting loss of use by reason of the vehicle  in his possession since his contract was terminated in December last year.

Asante Kotoko has given a 24-hour ultimatum to Maxwell Konadu to return the vehicle and pay the money or face legal action.

Maxwell Konadu has responded to the demands being made by his former club, stating the compensation for loss of use of the vehicle is baseless and a ploy by the management to seek equalization after seeking redress from the Players Status Committee on his unpaid entitlements.

Below is his response to the club: 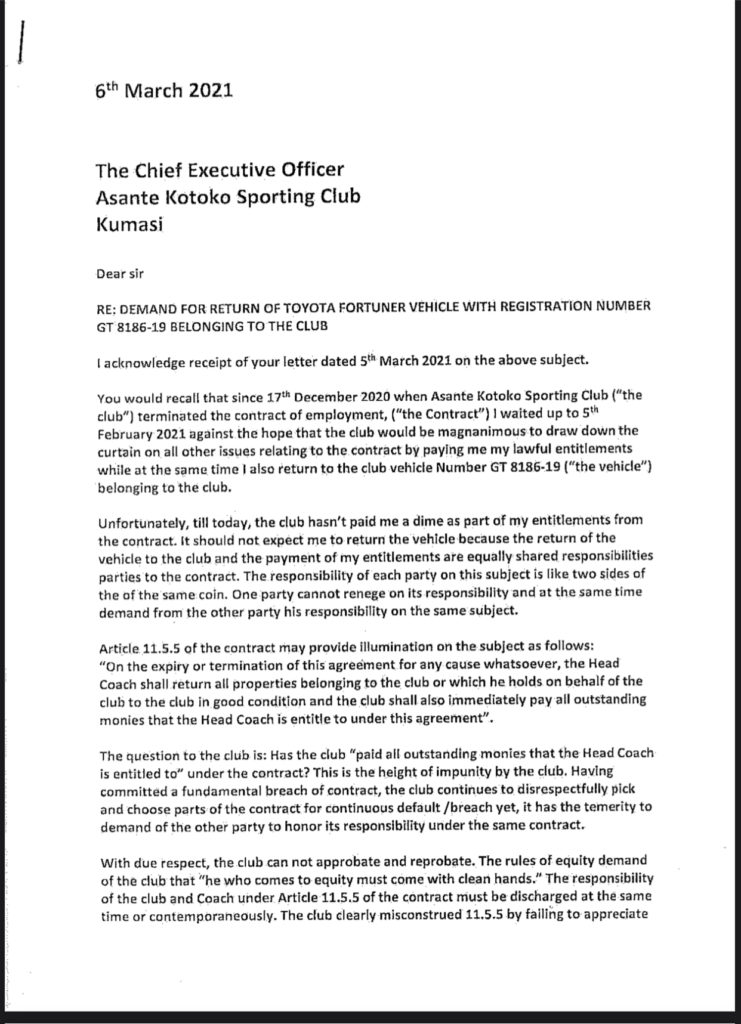 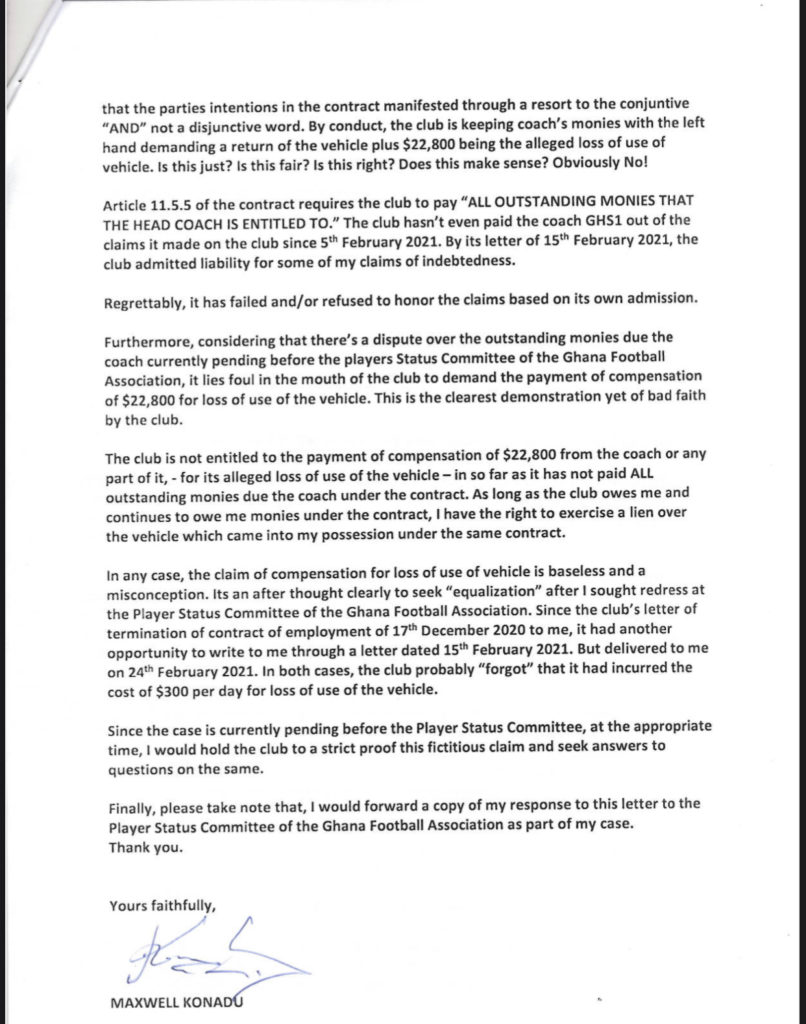