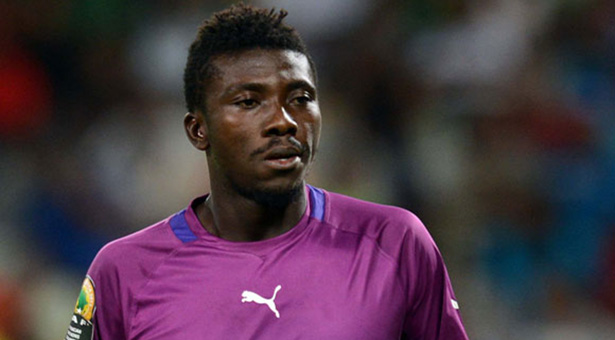 Ghana coach Maxwell Konadu says he will recommend Stephen Adams for Black Stars selection after his impressive display at the CHAN tournament.

The Aduana Stars goalkeeper was one of the stellar performers in the home-based Black Starsâ€™ run to a silver medal at the recently ended tournament in South Africa.

Many have called for Adamsâ€™ inclusion into the Black Stars to help solve the deficient goalkeeping issues ahead of the World Cup in Brazil.

And Konadu â€“ who is the assistant to Kwesi Appiah â€“ says he will also recommend the Aduana Stars shot-stopper for Black Stars selection but adds the final decision lies with coach Kwesi Appiah.

â€œWe will make the recommendation to the coach [about Stephen Adams],â€ Konadu told Metro FM.

â€œBut the good thing is that coach Akwasi Appiah was at the CHAN himself so he also has some solid information to help him arrive at the decision.

â€œBut we will still make the recommendation but then the final decision is within the purview of the coach.

â€œIf he accepts, fine but if he feels he is not yet ready for the Black Stars we still have to accept that decision.â€