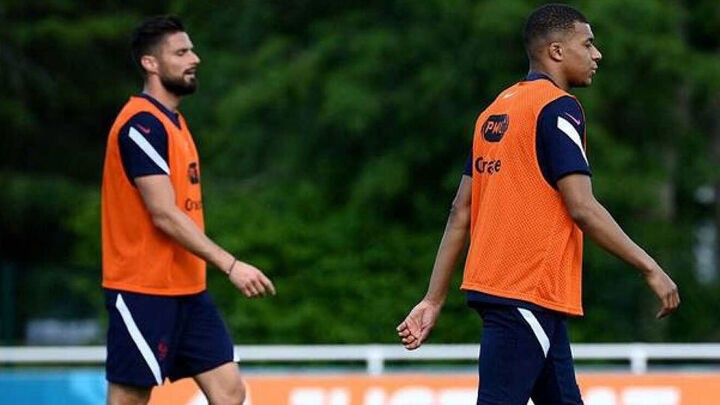 Kylian Mbappe has confirmed that here has been some friction between himself and France teammate Olivier Giroud of late.

The Chelsea forward, whose place in Didier Deschamps' plans appears to have been affected by Karim Benzema's recalling, bemoaned the lack of passes he receives while making runs.

Although Paul Pogba, Deschamps and others around the world champions' camp have played down the tension, Mbappe has confirmed that it exists.

"I spoke with Olivier Giroud. Everyone knows what happened," Mbappe said at a press conference.

"It is true that I was a little affected by it. But we are not going to make a big deal about it because we are here to represent France, that is the most important thing.

What he said didn't bother me more than that, I'm a striker and I've had this feeling 365 times in a game.

"It's more the fact of talking about it publicly, I would have preferred to let him come and be even more vocal in the locker room. But that's not a problem, these are small trifles. The team does not need us to get in the way."

With his Paris Saint-Germain future still a mystery as he enters the last year of his contract there, the forward was also asked about his club situation.

"I'm here to represent France," Mbappe said. "PSG have all my respect, the most important thing is France and to not disturb others in the group."