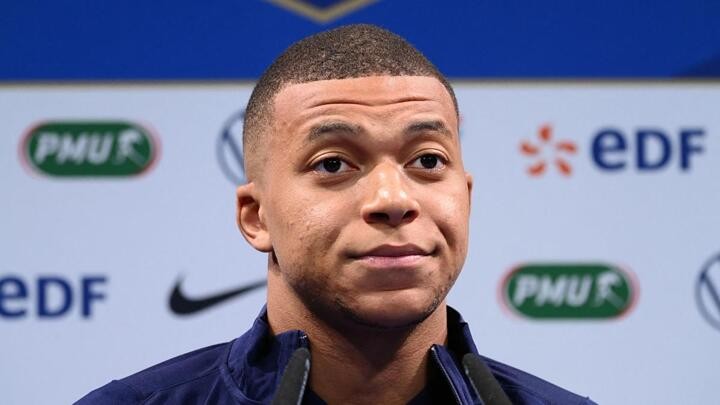 Paris Saint-Germain forward Kylian Mbappé is stalling over agreeing a new contract but has rebuffed certain suggestions made in recent days.

Kylian Mbappé has insisted he has never asked Paris Saint-Germain to sign any players in response to recent comments made by president Nasser Al-Khelaifi.

The 22-year-old's future at the Parc des Princes remains a hot topic of discussion as he is soon to enter the final year of his contract.

He did little to quell speculation earlier this week in an interview with France Football when admitting he is unsure whether PSG is the best place for him.

That comes on the back of rumours that Mbappé is stalling on signing a new contract until more high-profile signings are made by last season's Ligue 1 runners-up.

In response to that, Al-Khelaifi stated earlier this week "it is not possible" for Mbappé to have any say over the club's recruitment and that he will not be sold in the current transfer window.

When asked about those comments at a news conference while on France duty, Mbappe denied ever discussing transfer targets with Al-Khelaifi or director Leonardo.

"I have never asked for a single player from the president or Leonardo. I am a simple football player," he told reporters on Sunday ahead of France's Euro 2020 opener against Germany.

"But I'm here to represent France – the team is the most important thing. I don't want to disrupt the group."

Mbappé is coming off the back of another impressive campaign for PSG in which he scored 42 goals in 47 appearances in all competitions, an average of one every 88.62 minutes.

In Europe's top five leagues, only Bayern Munich's Robert Lewandowski (48) scored more goals in all competitions than Mbappe in 2020-21.

Mbappé scored at a greater rate than his expected goals (xG) number, which averaged out at 34.14, while also providing 11 assists.

He is expected to start France's Group F showdown with Germany at the Allianz Arena on Tuesday.

Les Blues are taking part in their 10th European Championship finals, and their eighth in a row, last failing to make the competition in 1988.

Only Germany and Spain (three each) have won more European Championships than the two won by France in 1984 and 2000.