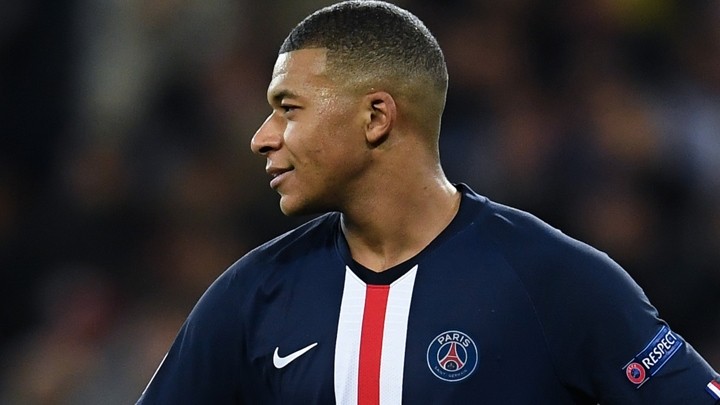 Paris Saint-Germain superstar Kylian Mbappe is not a good fit for Jurgen Klopp's Liverpool, according to Jason McAteer.

The Reds have been strongly linked with a move for the 21-year-old forward, who has been prolific in French football since breaking through at Monaco back in 2016.

Mbappe has also shone in the Champions League and was part of France's World Cup-winning squad in Russia two years ago.

Signing Mbappe would be regarded by many as a statement of intent from runaway Premier League leaders Liverpool, but McAteer is not so sure – with RB Leipzig's Timo Werner and Borussia Dortmund's Jadon Sancho higher on his wish list.

"It's Jurgen's job to visualise what he sees next season, preparing for upcoming seasons.

"PSG are a unique club, desperate to win the Champions League, put a fantastic squad together, [but] players want a bigger challenge.

"The Mbappe one for me doesn't sit quite right – a superstar in his own right, [but] not the right time to come to Liverpool.

"[I'm] not sure he’s Jurgen's kind of player. At the minute, just not for me.

"I'd rather see Werner or Sancho. We could see him [Mbappe] at Liverpool because he fits for different reasons, but for football, I just don't know that he fits at this current time."

Klopp's side sit 25 points clear at the top of the Premier League table after 29 fixtures, with action in England set to resume on June 17 as the Reds close in on a first top-flight title in 30 years.

Liverpool need just two more wins to be confirmed as champions, having already established a commanding 25-point lead over current holders Manchester City, who pipped them to the finishing post by a single point last term.

Ligue 1, meanwhile, was ended in April with leaders PSG awarded the championship for a third successive year on a points-per-game basis.

Mbappe was subsequently awarded the Golden Boot ahead of Monaco's Wissam Ben Yedder, who matched the Frenchman's tally of 18 but missed out on the award due to the fact three of his efforts came from the penalty spot.