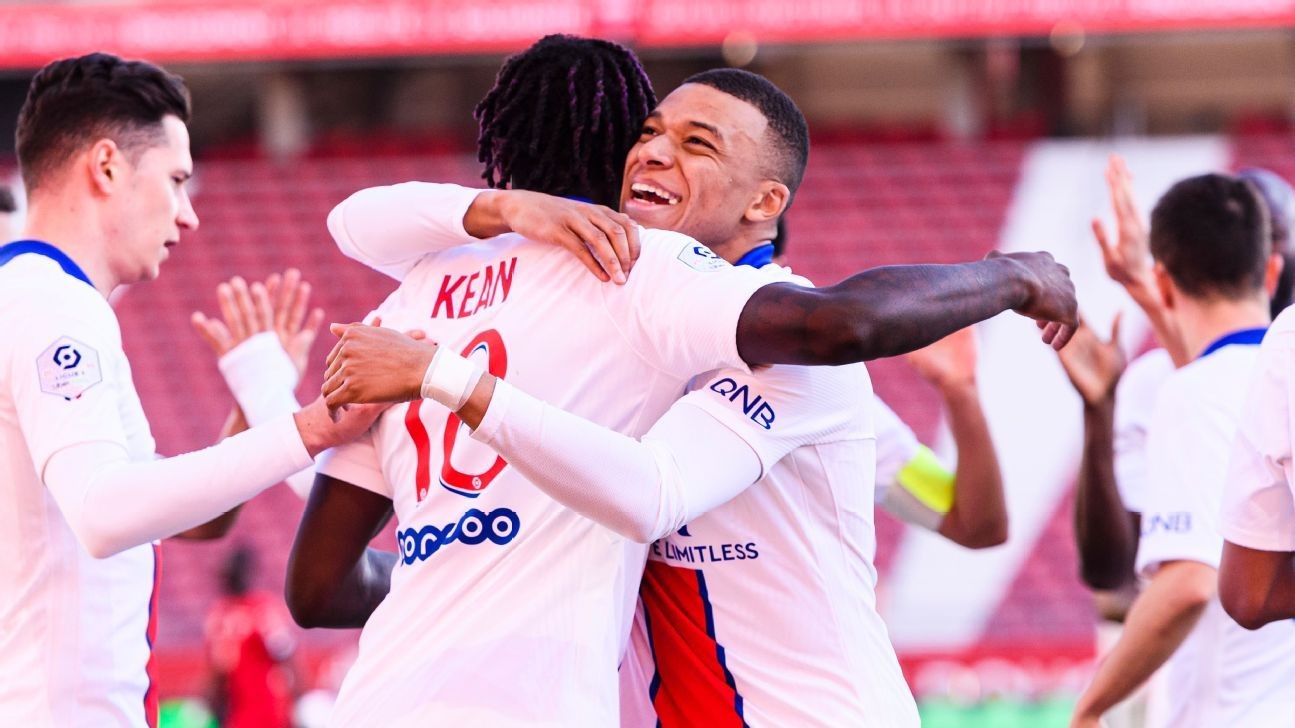 Paris Saint-Germain's Kylian Mbappe bagged a double as they hammered bottom side Dijon 4-0 away to cut Lille's Ligue 1 lead to one point on Saturday.

Mbappe added to Moise Kean's early opener with Danilo Pereira wrapping it up late on to lift PSG to second on 57 points from 27 games ahead of Lille's home match against Racing Strasbourg on Sunday.

PSG were without the injured Neymar, Angel Di Maria, Marco Verratti and Leandro Paredes but Dijon were never a match for the French champions in a one-sided encounter.

Dijon have 15 points and trail second-bottom Lorient by eight points.

Kean put the visitors in front after six minutes, collecting Abdou Diallo's centre inside the box and firing home a cross-shot.

Mbappe doubled PSG's advantage in the 32nd minute by converting a penalty after Bersant Celina's handball.

The France striker then netted his 18th league goal of the season -- his 98th for PSG -- six minutes into the second half when he curled a shot past goalkeeper Anthony Racioppi after being played through by Rafinha.

"Kylian is an outstanding player. We were all disappointed after his game against Monaco," said PSG coach Mauricio Pochettino, referring to last weekend's 2-0 home defeat against the principality side.

"He remained calm and he worked to be ready today. For the next games we will assess the conditions of Marco Verratti, Alessandro Florenzi, Mauro Icardi or Leandro Paredes, Sunday or Monday."

"We knew we had 12 games to win and this one was the first," added Pochettino.