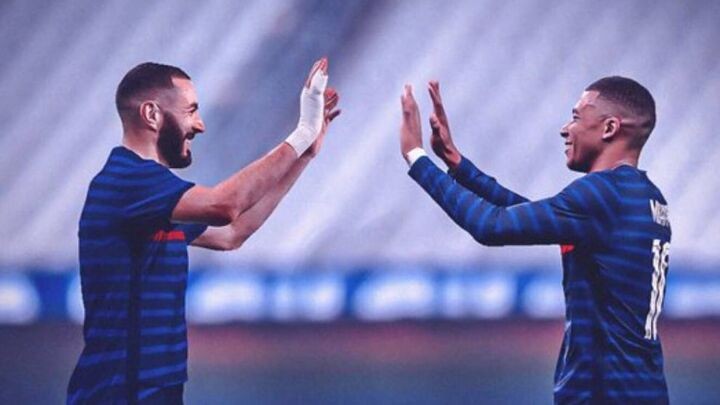 The thought of Karim Benzema and Kylian Mbappe playing alongside one another is a mouthwatering prospect.

It's a partnership that many Real Madrid fans would love to see for the club, but it's one that is going to be seen at this summer's European Championship after Didier Deschamps called Benzema up for the first time since 2015.

Mbappe was quick to post on Instagram in response to the news, seemingly sharing his excitement. The Paris Saint-Germain forward posted an image of both in France kits, celebrating together.

The pair have not yet played together, and it does suggest that the World Cup winner is looking forward to finally getting the chance to team up with Benzema.