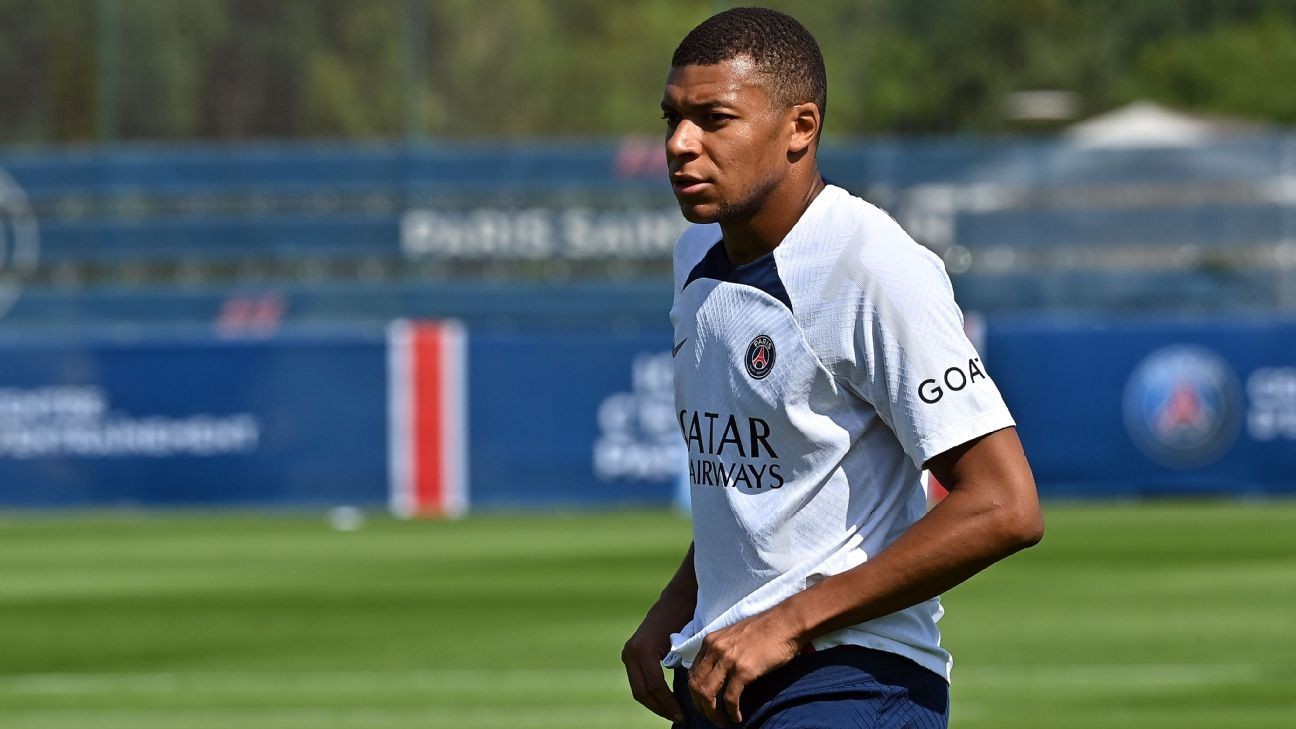 Kylian Mbappe is preparing for his sixth season at PSG after signing a new contract and rejecting a move to Real Madrid in the summer. PSG/PSG via Getty Images

Paris Saint-Germain will begin their Ligue 1 title defense without Kylian Mbappe because of a groin issue.

On Friday, PSG announced the squad for the match against Clermont without their star forward, who also missed the 4-0 routing over Nantes last weekend for the traditional curtain-raiser between the French league champion and the French Cup winner.

"Due to pain in his adductor muscles, Kylian Mbappe will continue to receive treatment at the Training Centre. A further update will be provided in 72 hours," PSG said in a statement.

Lionel Messi and Neymar, who both scored against Nantes, are in the squad along with new signings Vitinha, Hugo Ekitike and Nordi Mukiele.

The Portugal international Renato Sanches became the fifth new arrival in Paris on Thursday but he isn't part of the team for the first Ligue 1 match of the season. New PSG coach Christophe Galtier said on Thursday that he expects more reinforcements before the end of the summer transfer window on Sept. 1.

"I want a certain number of players in my squad, players who are very similar in level, to perform well throughout the season and to create healthy competition," he said at a news conference on Thursday. "I know the club is doing all it can to have a very competitive squad."