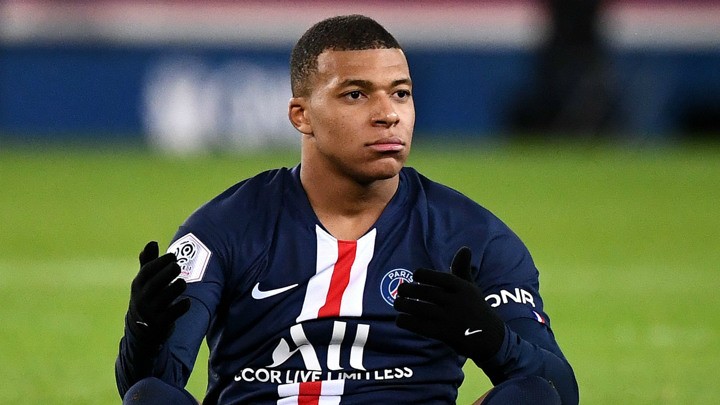 Kylian Mbappe has said that his next career ambition is to win the Champions League and European Championship, insisting that winning the Ballon d'Or isn't something he is focused on.

Mbappe has already won a host of individual and team honours despite being just 21 years old, winning three straight Ligue 1 titles with PSG as well as the World Cup with France in 2018.

At the individual level, Mbappe was named the Best Young Player at the 2018 World Cup and French Player of the Year in 2018 and 2019 among a host of other honours.

When asked about his next big ambitions, the striker outlined team success with France at next year's European Championship as well as Champions League glory with PSG.

"To keep on being successful with the national team – next season we have the European Championship and that will be our ambition to be victorious there," Mbappe told the Mirror.

"It is a big ambition of mine to win the European Cup and to be a part of PSG winning their first European Cup would be very special."

Despite dominating the competition within France, PSG have struggled to achieve success on the international stage in recent seasons.

Mbappe's side were knocked out at the last 16 stage in each of his first two Champions League campaigns with PSG, while the conclusion to this season's competition is up in the air.

PSG defeated Borussia Dortmund in the round of 16 of this year's Champions League, which is currently on hiatus due to the coronavirus pandemic.

Success in Europe with PSG would further bolster Mbappe's claim to the Ballon d'Or, which has been dominated by Cristiano Ronaldo and Lionel Messi over the last decade.

Between 2008 and 2019 the pair have won the prize every year with the exception of 2018, when Luka Modric took home the award.

As Ronaldo and Messi enter the twilight phase of their careers, Mbappe has been tipped as one of the players most likely to win the award in the future.

However, the forward has insisted that individual awards will always come second to team honours.

“It would be nice to win – but it is not something that keeps me awake at night,” he says. “I don’t think I have to win it next season or the season after – there is no time limit I have put on it.

“Always I will put PSG and the national team as my priority. Then, if personal honours come from my performances then it is a bonus.”