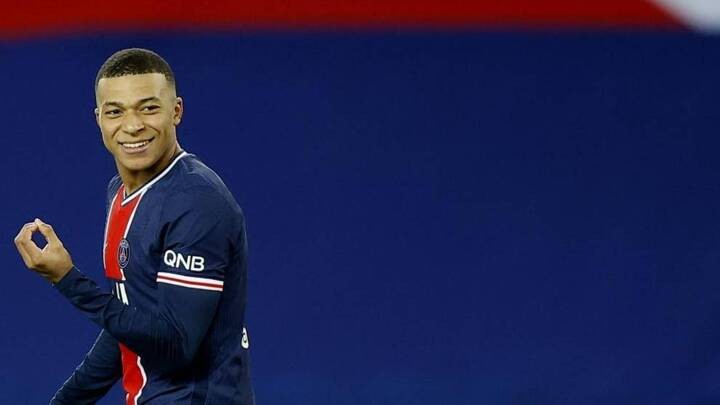 Europe's elite clubs have never been hit with a crisis like the coronavirus pandemic before. Real Madrid, Paris Saint-Germain, Barcelona and Juventus are all unsure as to what the summer holds.

Everyone is waiting for things to calm down a little before heading into the transfer market, with most of the big sides reporting millions upon millions of euros in losses.

Players are also facing some uncertainty and one of those is Kylian Mbappe.

The Frenchman is coming to an important stage of his career and he doesn't want to fall behind in his push to become the best in the world.

"I'm in a period of reflection," Mbappe himself said at the weekend, after PSG's win over Montpellier.

"I want to know what I want for myself in the next few years - where I want to be.

"I'm happy here, but I don't want to sign a contract and leave a year later."

But what is Mbappe trying to achieve with those comments? He's probably looking to buy time, in order to decide which club's project appeals to him the most, beyond the salary. And it's likely that this won't be known until the end of the season.

PSG, Real Madrid and even Liverpool are all interested in having him as part of their plans, but nothing is clear at this point.

PSG have to find a solution to their pursuit of Lionel Messi, while Zinedine Zidane wants the forward at Real Madrid but the coach's own future is uncertain.

Zidane's presence is important for the player, but not the only reason he wants to join Los Blancos. Even if Zidane's isn't at the club in the long term, the Frenchman still wants to play in the Spanish capital.

There's the Liverpool option too. The English champions became a serious option for him last summer and there's no doubt that the Premier League club have come through the financial pain of the pandemic less damaged than most.

With Neymar pushing for Messi's arrival at the Parc des Princes, Mbappe's future in Paris is even more in doubt. The Argentine's arrival would make his salary almost impossible to pay.

PSG aren't overly optimistic about his renewal and Leonardo has said that the club wouldn't beg anybody to stay.

Mbappe's comments could be seen as a message to Real Madrid, almost as a way to buy time and a test to see if the club are really committed to signing him or if they'll opt for Erling Haaland. The club know that he wants to wear their white shirt, but the option of staying in Paris hasn't been ruled out.

With his contract expiring in 2022, PSG could try to sell him this coming summer if he doesn't renew.