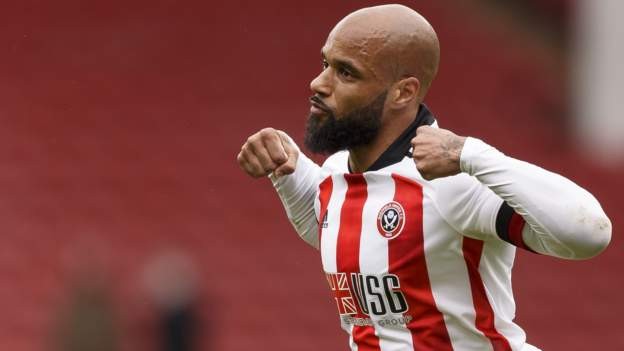 David McGoldrick has been released by Sheffield United along with Lys Mousset and Luke Freeman.

Their contracts expire this summer and they have been told they will not be offered new deals.

Jack Robinson has triggered a one-year contract extension and the Championship club have taken up an option to extend Ben Osborn's contract for another year.

The Blades say they are also in discussions with other players.

Billy Sharp, 36, recently signed a contract extension, but fellow striker McGoldrick, 34, is leaving after four years at the Yorkshire club, during which he became a fans' favourite.

McGoldrick helped United win promotion in 2019 and played a key role as they finished ninth in the Premier League the following season.

French forward Mousset, 26, was signed in July 2019 from Bournemouth for a club record £10m but started just 17 league matches.

Find out what really happened in the 90s: Robert Carlyle takes us back to moments we missed that shaped the world today'She may have a secret sister': Stacey Dooley visits a woman who wants to find out if her dad fathered a child as a prisoner of war