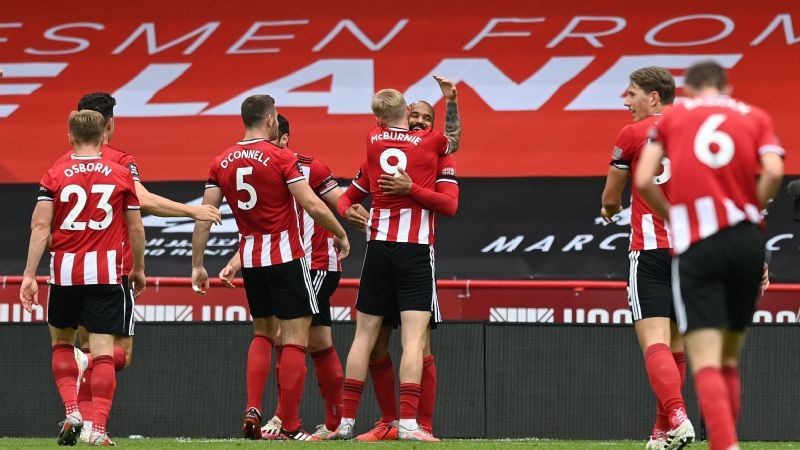 Chelsea suffered a setback in their bid to stay in the top four with a 3-0 defeat at the hands of Sheffield United on Saturday.

A David McGoldrick double and Oli McBurnie header secured an emphatic victory for Chris Wilder's side who climb up to sixth place.

Frank Lampard's side failed to score for the first time since the Premier League restart and could find themselves outside of the top four if Leicester City and Manchester United win their matches.

The hosts took the lead after 18 minutes when McGoldrick reacted first to Kepa Arrizabalaga's save to score his first ever Premier League goal.

United doubled their lead just after the half an hour mark when McBurnie headed in from Enda Stevens' cross.

After the break, Chelsea had a lot of possession but failed to create many clear-cut chances and Christian Pulisic was substituted after the hour mark.

United wrapped up the game after 77 minutes with a swift counterattack which saw McGoldrick score his second goal.

Lys Mousset should have scored a fourth late on but his dinked finish went past the post.