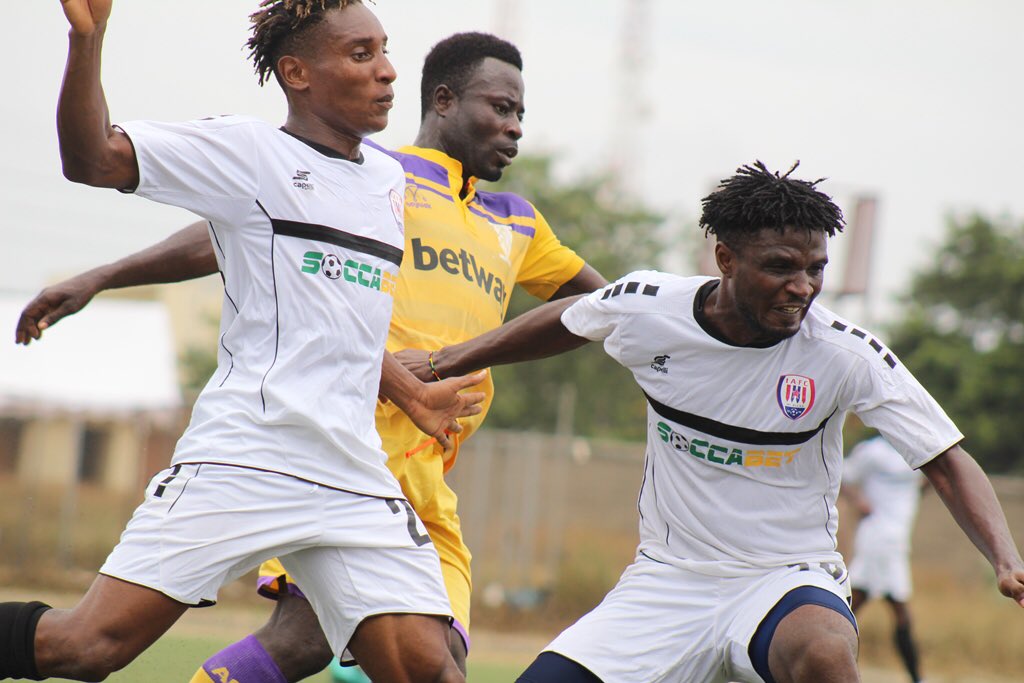 Medeama and Inter Allies sold out an entertaining 1-1 draw in their opening match of the Ghana Has Talent 2018 tournament on Tuesday.

The two teams exhibited fabolous brand of football at the Tema stadium as day one of the three-day tournament gets underway.

Amos Nkrumah and Solomon Gyesi were the scorers for the the Mysterious side.

Striker Felix Addo, winger Richard Mpong and Isaac Quainoo were on target for Sharks while Bismark Antwi Kwarena grabbed a brace for the Ghanaian Blues.

A number of scouts, football agents and sporting directors from Europe and Americas were at the stadium in the West African nation to select outstanding players.

The tournament continues on Wednesday with a number of mouth-watering fixtures.