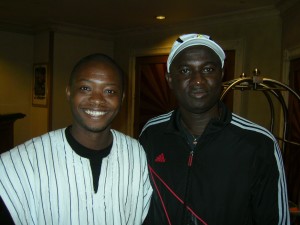 Aidoo has been working in the media for eight years and was a former head of sports for Takoradi-based Kyzz FM.

The 28-year-old had his Senior Secondary School Education at Prempeh College in Kumasi and did a National Certificate Course for Trainee Journalist (NCTJ) in London 2006.

He has previously worked with Blumint Media in the UK to secure Adidas sponsorship deals for some Ghanaian players notably John Paintsil.

Aidoo has worked with Ben TV in the UK and a sports panellist with ABSC Sports.

He has garnered experience from covering two Fifa World Cup finals and two Africa Cup of Nations finals as a journalist.