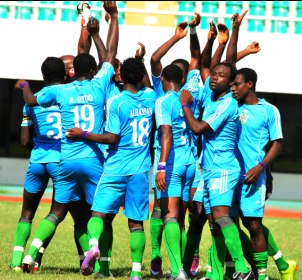 Medeama SC and AshantiGold advanced to the last four of the GHALCA Glo G8 after drawing one-all in the final Group B match at the Essipong Stadium on Sunday.

Striker Louis Agyemang scored the opener in the first half before AshGold rallied to draw level in the second half.

Medeama finished the Group with seven points and was unbeaten in three matches.

The Mauves and Yellows will now face New Edubiase United at the same venue on Wednesday, 21 September in the semi-final.

AshantiGold who amassed five points to finish second will play defending league Berekum Chelsea at the Sunyani Coronation on Thursday.

In the other Group match, Liberty Professionals thrashed Ebusua Dwarfs 4-0 to place third with three points.