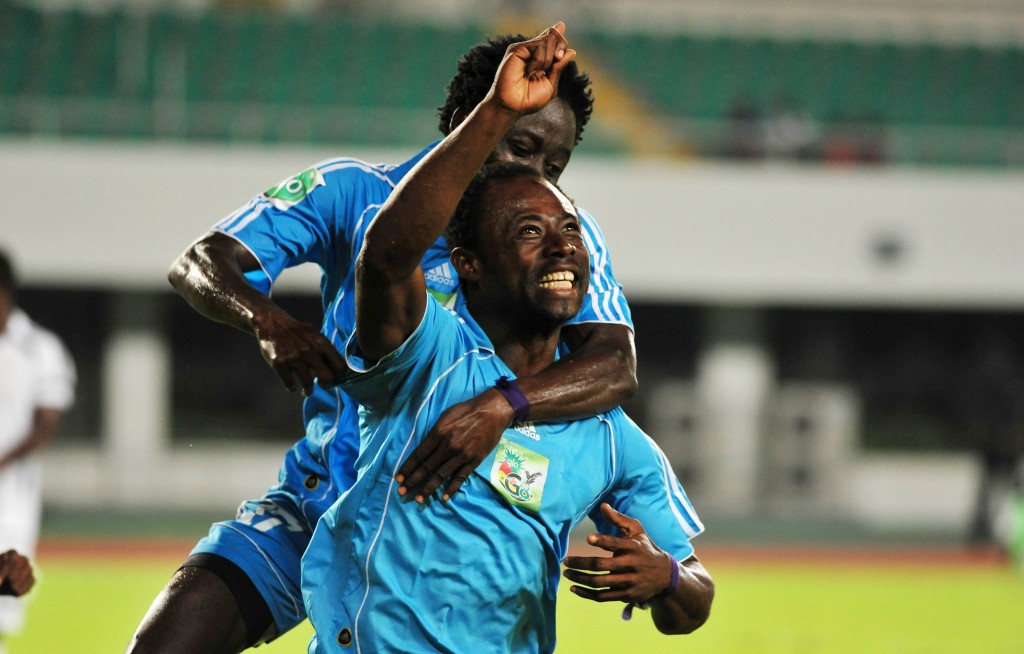 Medeama booked their place in the last four of the inaugural GHALCA Glo G8 Cup after recording a hard-fought 2-1 win over Ebusua Dwarfs on Thursday with ten men.

A fairly entertaining first half however failed to produce goals and was dominated by a 26th minute red card when an out-paced Daniel Ocran fouled Richard Ocran from behind at the edge of the box.

The evening's kick-off at the Essipong Stadium sprung into life in the 15th minute where a goal-bound free kick by Dwarfs' George Appiah was calmly grabbed by Stephen Ahorlu in post for Medeama.

That move warranted a response from the hosts as midfielder Sumaila Atia burst from deep but was unlucky with a heavy final touch in the 19th minute.

A minute later and speedster Hans Kwofie was at it again, however his timely cut back after wonderful works on the flanks was misjudged by all.

Medeama at this time were well on top as again Sumaila Atia drove in a belter from deep but narrowly missed the right side of Adade Foliâ€™s post.

The move appeared to have awakened Dwarfs who were gradually getting feeling the heat with a little upsurge of their own with captain Bismark Asiedu.

But he seemed to have run out of gas by going down so easily in the Medeama box.

Then in the 26th minute, with the offside trap beaten, defender Daniel Ocran had no choice but to foul Richard Ocran who was clear on goal to warrant a straight red as a last man.

He was seconds later substituted as coach Bashir Hayford sensed another sending off in the offing.

The man disadvantage however did little to halt Medeamaâ€™s style of play as they kept on attacking the Dwarfs goal area.

Defender Nurudeen Yusif's rebound drive whisked agonizingly away from goal after an unimpressive heading clear out by the Dwarfs defence.

Adade Foli's post was soon to be trembled by a powerful drive from Louis Agyemang who after a delightful inter-positional play with Hans Kwofie drove one which looked certain for goal but rather crashed off the cross bar and then the post in the 43rd minute.

It was the last piece of meaningful action in the game as both sides head into the locker room in a stalemate.

Dwarfs were however the quicker of the two out of the sticks in the second as John Arthurâ€™s shot crept wide of the Medeama goal.

However a well worked free kick by Medeama effected by Kwabena Edusei took a wicked deflection on its way in with goalie Adade Foli completely wrong-footed on 53 minutes.

Dwarfs almost made an effective response seconds later but Seidu Bansiâ€™s driven cross was too heavy for the on-rushing Richard Ocran.

The visitors kept asking questions of the Medeama defence but all their efforts were well attended to by the resilient defence of the homesters.

Dwarfs however earned a lucky break as skipper Bismark Asiedu capitalized on a defensive mishap to head in the equalizer off a Richard Ocran free kick in the 81st minute much to distraught of coach Bashir Hayford.

Medeama however had a priceless opportunity to grab the win on 86 minutes after a neat build up sent substitute Ekow Benson through on goal but he shot straight into the waiting arms of goalkeeper Adade Foli.

Francis Coffie however saved the best for last as he crept in behind to grab the match-winner for the hosts in the 88th minute.

The result means Medeama is the first team to qualify for the semi finals after taking maximum points from the two games.

AshGold follows with four points with Dwarfs on one.

Liberty Professionals earlier on confirmed their exit from the competition with a 2-0 loss to AshantiGold.