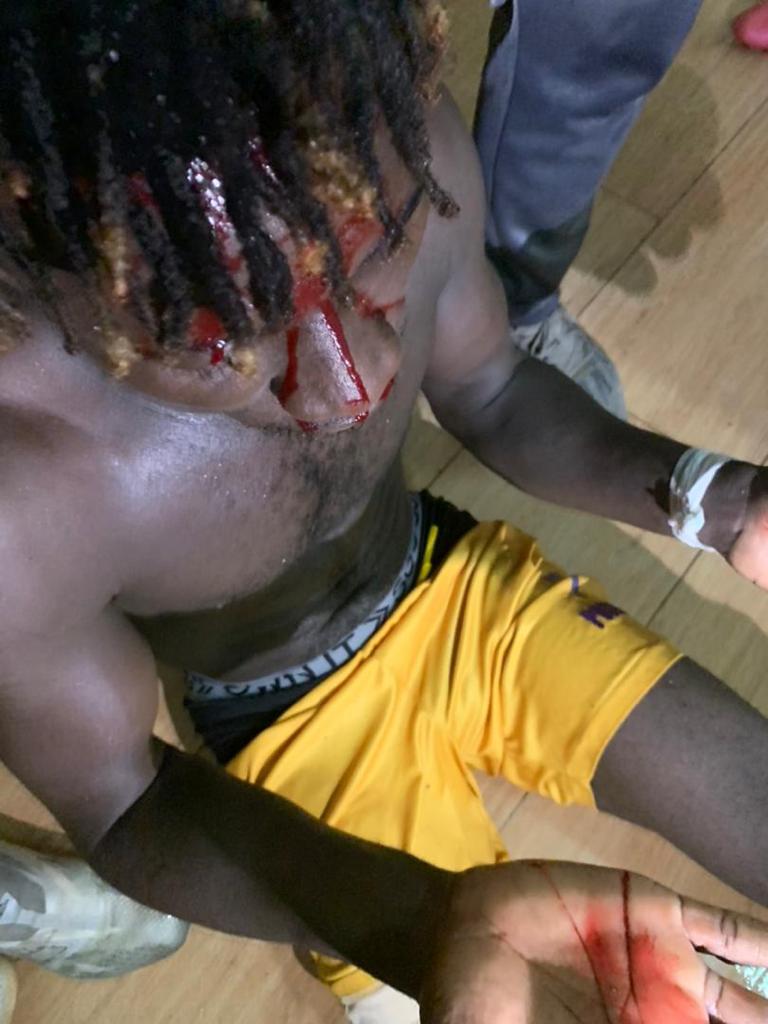 Kwakwa has been left in stitches while the team bus has been damaged by irate United fans following their 2-1 defeat to the Mauve and Yellows.