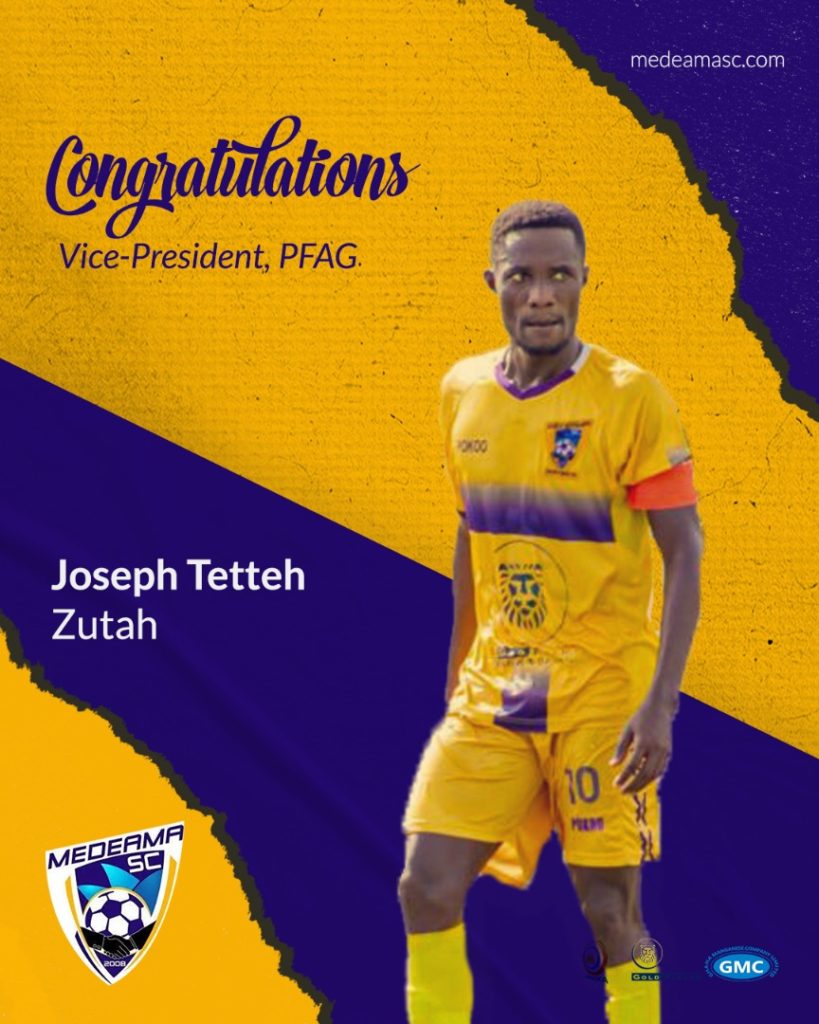 Medeama captain Joseph Tetteh Zutah has been elected as the new Vice- President of the Professional Footballers Association of Ghana (PFAG) ,the umbrella body of players in Ghana and Ghanaian footballers abroad.

The outstanding club captain received an overwhelming endorsements from his colleagues despite being unavailable for the Congress due to club commitment.

He was crowned Man of the Match as Medeama dispatched regional rivals Karela United 2-0 in a rescheduled fixture at the Akoon Park on Monday.

The University of Cape Coast graduate, who has warmed his way into the hearts of his colleagues will work under celebrated former Ghana and Bayern Munich star Sammy Osei Kuffuor.

Kuffuor was unanimously elected as the President of the player's welfare body.

Founder and General Secretary Anthony Baffoe continues to be in the helm of affairs of the PFAG Secretariat together with his Deputy Solomon Torson.

The President, Board, management, technical and playing body congratulate captain fantastic Joseph Tetteh Zutah for the remarkable feat and remain hopeful that responsibility will spur him on yo dizzy heights.