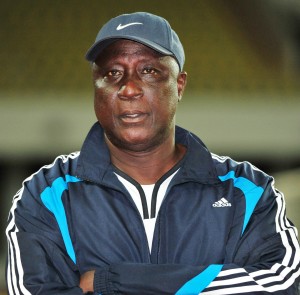 Medeama head coach Bashir Hayford believes his side have found the mentality to winning titles.

The Mauves and Yellows posted a 2-1 victory over Ebusua Dwarfs in the ongoing GHALCA Glo G8 competition at the Essipong stadium on Thursday night with ten men.

Medeama have spent big in the transfer market hoping to clinch the Premier League title for the first time.

The club believe they have sent a message of intent at the on-going maiden GHALCA eight-team pre-season tournament.

"It is always a challenge for us. We are coming closer to the title and hopefully we can get there and keep the winning mentality," Hayford told GHANAsoccernet.com

"Winning the competition will be welcoming for our fans and owner who has spent so much.

"We're taking a one game after the other and the win over Dwarfs shows our mental fortitude despite been down to ten men.

Medeama will tackle second-placed AshantiGold in the final Group fixture on Sunday.