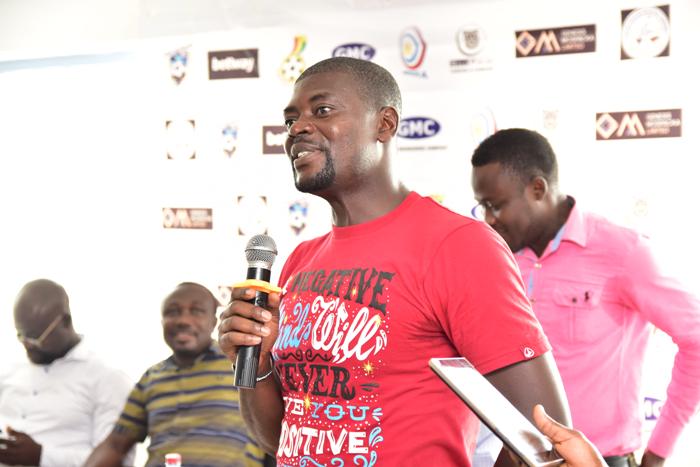 Medeama coach Samuel Boadu has heaped praise on the club's management for their professional touch.

The young gaffer has been mesmerized by the competence and commitment of the club's top hierarchy since he joined the Tarkwa-based side.

The two-time FA Cup winners are one of the most efficient-run clubs in the West African.

And Samuel Boadu, who joined from second-tier side Asokwa Deportivo has lavished praises on the club's top brass.

"I am proud of medeama team as a coach because some of the problems happening in other clubs do not exist in our team," he told Shalom FM.

"It sometimes gets me amazed how the management of the club does that.

"Salaries come on time and condition of work is of a good one."

Medeama finished the first half of the season top of the table.