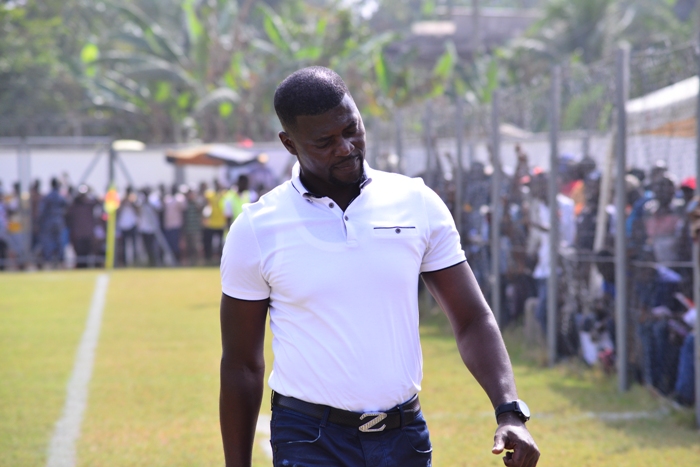 Medeama coach Samuel Boadu refused to blame his players despite their 1-0 defeat at Dreams FC on Sunday.

The Mauve and Yellows succumbed to Ibrahim Issah's first half strike to end their unbeaten run in the Ghanaian top-flight this season.

The striker profited from Eric Ofori Antwi's poor clearance to allow Maxwell Arthur to feed Ibrahim Issah, who rattled in the only goal of the match.

Despite enjoying the chunk of possession and dominance, the visitors failed to make it count after missing several golden sitters at the Theatre of Dreams.

But the gaffer has refused to blame the players for the defeat on the road.

“I will commend the boys because they were very courageous at least we came out with our heads up," he told the club's website.

"We lost by a an avoidable mistake of a goal and I don’t We want to talk about the officiating.

Medeama will next host Ashantigold at home on Sunday.