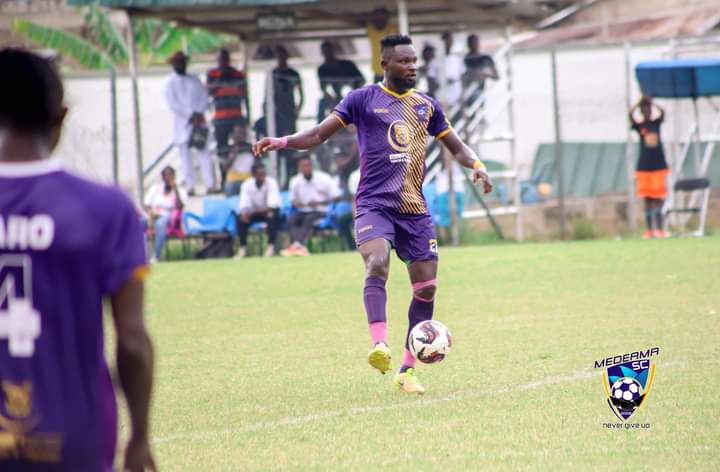 Medeama defender Vincent Atinga has reacted to reports linking him with a move to Ghanaian champions Asante Kotoko.

According to local media reports, the Reds are in advanced talks to join the Kumasi-based side.

However, he denied the reports in an interview with Accra-based Original TV, claiming his focus is on Medeama.

“I saw it on social media. I am a professional player and no one has approached me. I can’t tell now whether I will play in Africa or not," he said.

“For now, I’ve not taken any decision on my future.

Asked if he would fancy a move to Porcupine Warriors, he said; “Well, for that aspect when we get to the bridge we will cross it. For now, I don’t want any external issues. I want to finalize with Medeama before," he added.

After impressing in the league, he drew interest from a number of clubs and eventually joined Kuwait's top-flight club Al Qadsia.

The 28-year-old played for Al-Shabab in Kuwait before returning to Ghana last year to join Medeama.

Atinga is the top-scoring defender this season with seven goals.