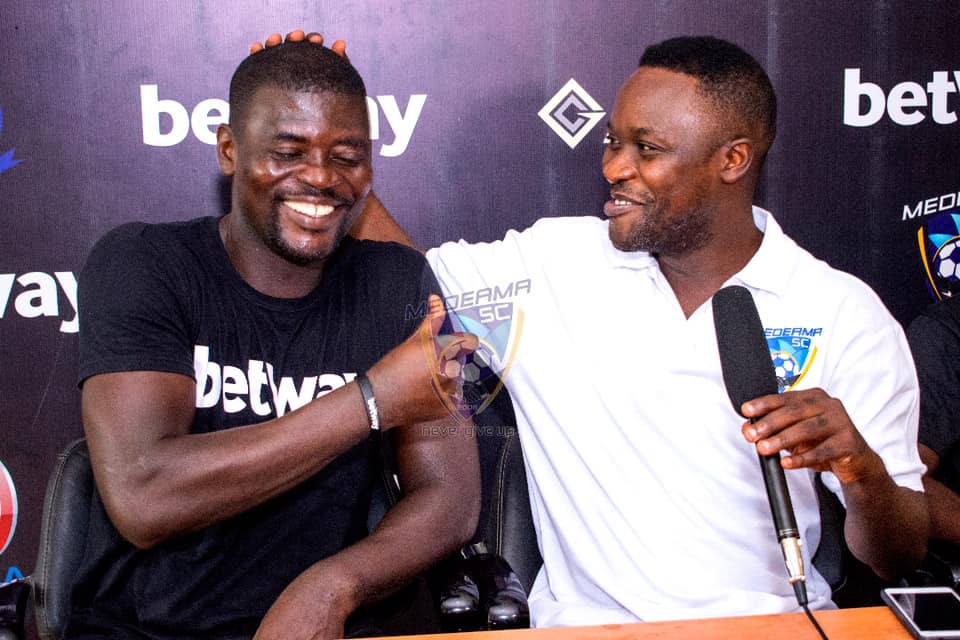 Hearts of Oak coach Samuel Boadu claims Medeama did not give him any platform to thrive in a sensational tirade targeted at his former club ahead of their MTN FA Cup semi-final match in Cape Coast on Sunday.

"We take extreme delight that we picked Samuel Boadu and gave him a huge platform. Very few clubs or perhaps none at the Premier League level would have dared to take that risk especially when he was hugely unknown.

"But we believed in him and he has successfully guided Hearts to the league crown.

But Boadu, who joined the Mauve and Yellows from third-tier side Asokwa Deportivo, has lashed out at the club for the claim.

However Akoto reacted to his claim and said" “Posterity will judge him for what he has said.”