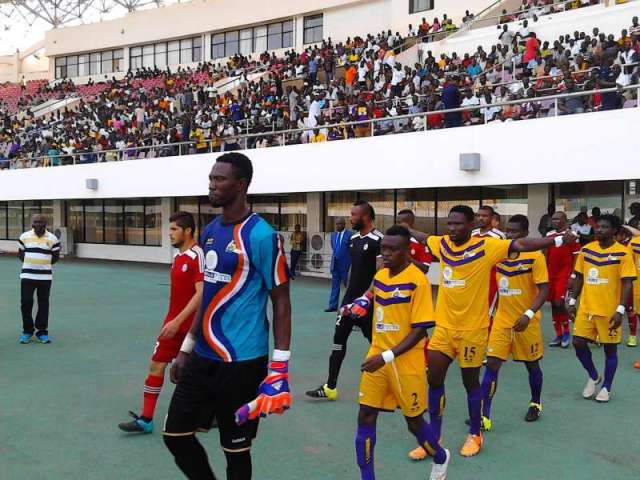 Medeama SC shot stopper Muntari Tagoe says he is not disappointed in his side’s performance against TP Mazembe despite succumbing to them by 3-1.

The Mauves took the lead through influential midfielder Malik Akowuah under four minutes of the game but surrendered the lead to the Lubumbashi side.

Zambian international Rainford Kalaba cancelled the lead with a header with Salif Coulibally increasing the tally on the stroke of half time.

Kalaba added his second and Mazembe’s third in the second half with an intelligent strike to seal the win for the home side.

But Muntari Tagoe insists his side was not disappointing in the game.

“That was not a disappointing performance. We did our best but of course everyone knows we played against the whole of Africa.

“TP Mazembe is a big club and a strong side at home. So we even did well by stealing the opener.

“We are also strong at home and will beat any club that comes there to make it the next stage of the competition,” Muntari Tagoe said.