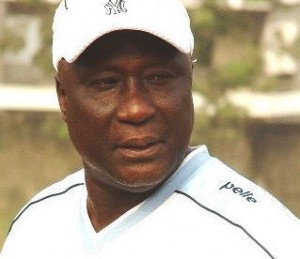 Premier League side Medeama insist their coach Bashiru Hayford's future with the club in not in the balance.

Dutchman Hans Van der Plyum had been linked to takover next season after the not -too-impressive form of the club under Hayford.

Hayford is out of contract at the end of the campaign and local media reports claim thatÂ  claimÂ  the Tarkwa-based side will not renew his deal.

But Medeama spokesman Ebenezer Aidoo insists they are focusing on to finish well in the league and Hayford's future is not up for discussion.

"There has been a lot speculation about the future of our coach but his future is not up for discusssion," Aidoo told GHANAsoccernet.com.

"We have not spoken with Plyum about any job offer and as far as we are concerned Bashiru Hayford is still in charge of the team.

"We want to end the season well and this speculation is an unnecessary distraction."

Medeama currently lie 4th on the league table with four games remaining and are keen to earn a top-four finish.