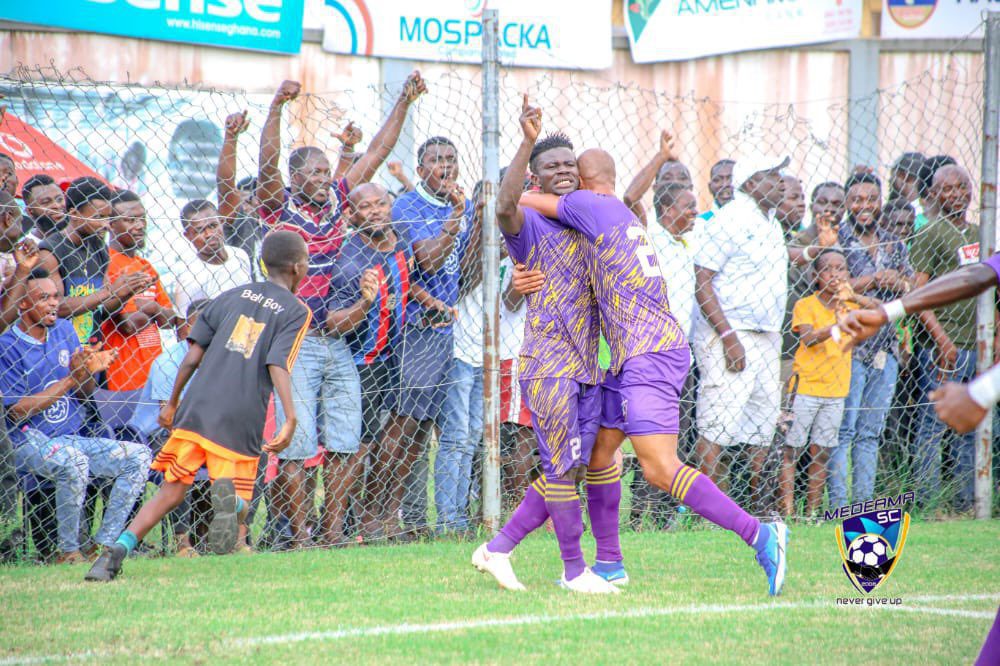 Medeama have lined up a friendly against Samartex at the Akoon Park on Sunday October 9, 2022.

Coach David Duncan wants to use the friendly matches to test players on the fringes and continue to prepare amid a court injunction which has plagued the season.

The Ghana Football Association will appear in court on Friday October 14 over its legal battle with AshantiGold.

The situation has led to an abrupt end to the 2022-23 campaign which has prompted the club to devise strategies to keep the players fit.

The Mauve and Yellow will battle Samartex FC in an exhibition exercise on Sunday October 9, 2022 at the Akoon Community Park.

The match will afford coach David Duncan and his backroom staff the chance to explore the team following a 1-0 setback against Berekum Chelsea last week.

The two teams will use the friendly to test their mettle as they prepare to face each other in the Premier League.