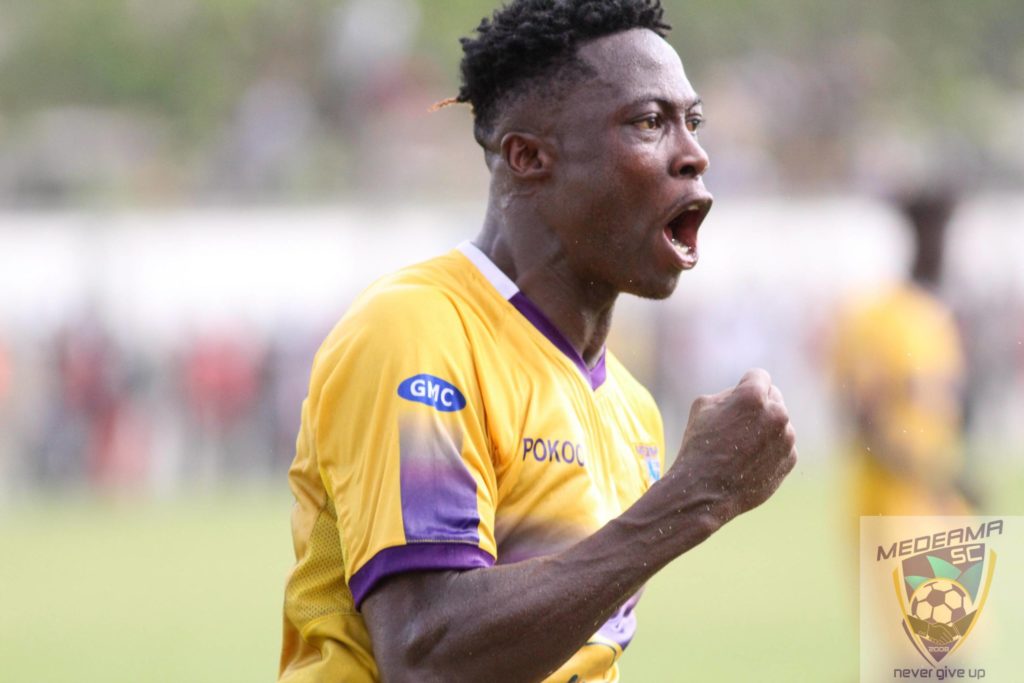 Medema has reportedly set their asking price for Justice Blay at $50,000, according to a report by Pure FM.

Asante Kotoko is back on the negotiation table with Medeama for Justice Blay in the ongoing transfer window.

Blay has been a long transfer target for the Porcupine Warriors after excelling during his loan stint with the club in the 2019/20 season.

Asante Kotoko after the transfer of Kwame Poku to Algerian giants USM Algers is ready to seal the deal for Justice Blay to solidify their midfielder ahead of the second round of the Ghana Premier League.

The Mauve and Yellow are ready to cash in on the midfielder who has less than eight months remaining on his current contract.

Justice Blay has already made his intention known on playing for the Ghana Premier League giants as his contract nears its expiration.

The 28-year old has been outstanding for the Mauve and Yellow in the ongoing campaign, scoring three goals in 14 matches.

His impressive performance has earned him a call up to the Black Stars for the 2021 Africa Cup of Nations qualifier against South Africa and Sao Tome and Principe.