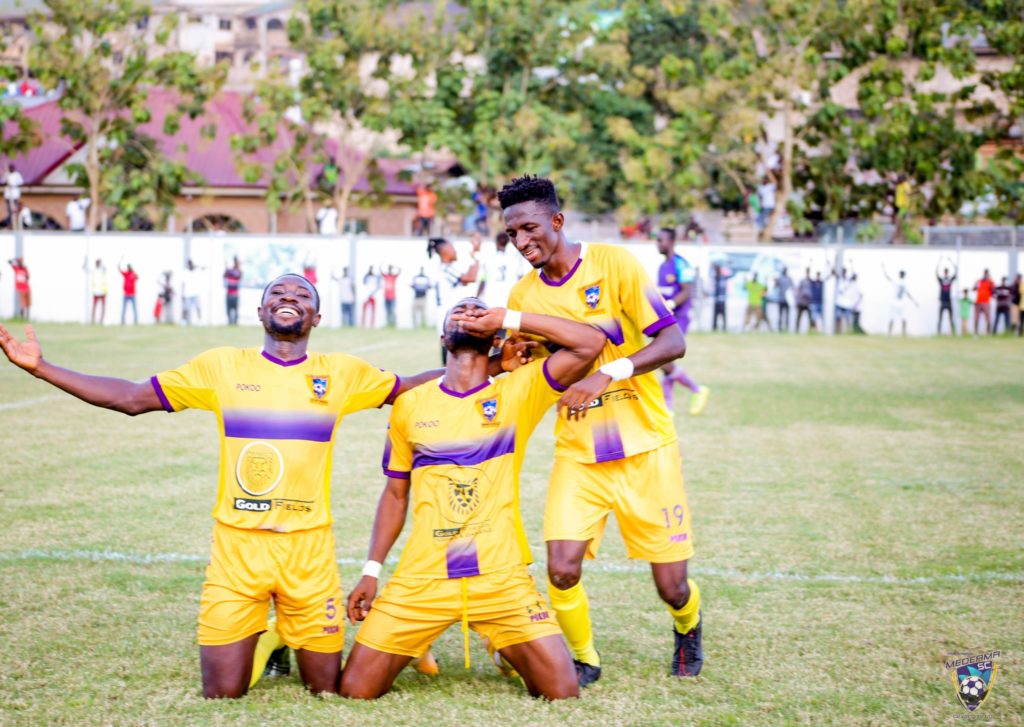 Striker Prince Opoku Agyemang climbed off the bench to score the match-winner for Medeama in their hard fought 3-2 win over lower-tier side Attram de Visser to set up a semi-final date with Hearts of Oak in the MTN FA Cup semi-finals.

Agyemang scored from the spot kick in the first half of extra time after the game ended 2-2 in regulation time.

The Mauve and Yellows were made to sweat for the win after Kingsley Sakyi scored a beauty of a free-kick to give the visitors a massive hope.

Medeama have been made to sweat for victory following a breathtaking performance from the third-tier side.

Medeama will now travel to Cape Coast to battle Hearts of Oak next Sunday for a place in the final.