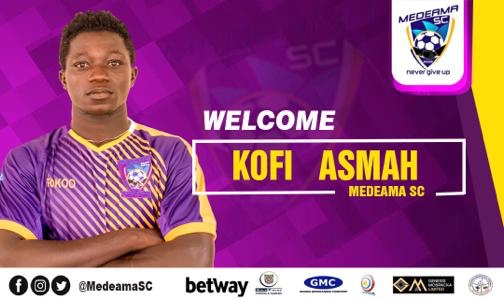 Ghana Premier League side Medeama Sporting Club have confirmed the signing of Kofi Asmah ahead of the start of the 2019/20 league season.

The young defender joins the Mauve and Yellow from Kumasi-based Jopa FC on permanent contract.

Medeama announced the signing of the player on Friday.

Medeama will play away to Ebusua Dwarfs in the opening fixture of the 2019/20 Ghana Premier League.