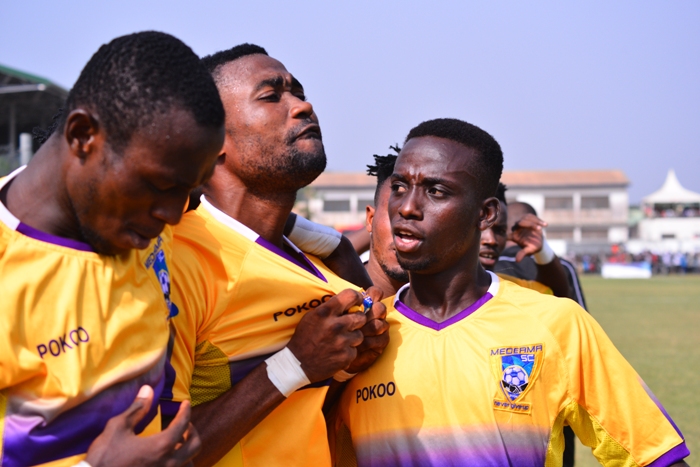 Medeama could be second time unlucky in their pursuit of their first Premier League crown amid the coronavirus pandemic which threatens the season.

The Mauve and Yellows were two points clear at the top of the Premier League table prior to a disciplinary ruling which affected their point-build.

While they continue to fight for a restoration of their points in the boardroom, this could be the second time the two-time FA Cup holders will be unlucky in their quest to land the Premier League title.

The Tarkwa-based side were top of the table during the 2018/2019 season until an investigative piece by controversial journalist Anas Aremayaw Anas brought football on its knees.

The Anas exposé led to the cancellation of the season and appears the 2019/2020 season could be terminated over the coronavirus crisis.

Medeama will feel downby if the current season is curtailed as they feel this season could be theirs for the time in the club's short history.

While there have been theories of destiny, the two-time FA Cup holders have been phenomenal this term.